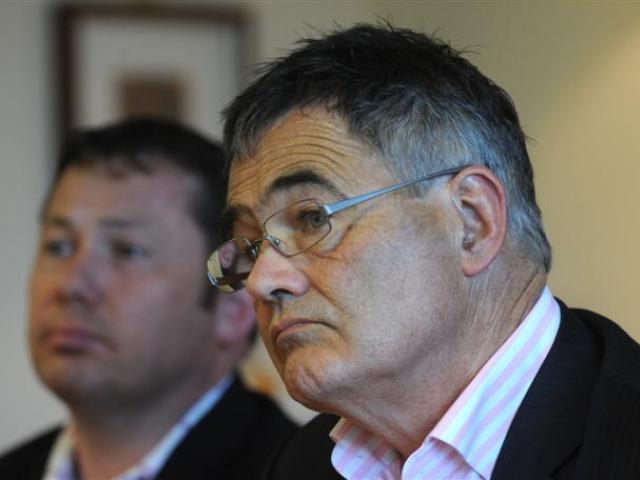 All of the scrimping, saving and budget-stretching done by the Dunedin City Council in the past week paid off yesterday, as it managed to keep the rates increase for the next financial year at 5%.

The debate over access to Dunedin's John Wilson Ocean Dr may be rekindled after city councillors resolved to look again at a barrier arm, after deciding last year it would be too expensive.

Frugality was the order of the day, as Dunedin City Councillors yesterday worked through a series of applications for civic grants for the next financial year.
Swim clubs and coaches will have to pay lane fees at Moana Pool from next year, although the proposed charges were scaled back after multiple pleas that they were unaffordable.
The council will investigate the possibility of increasing some business' rates to cover costs incurred by tourists to the council.

The Otago Settlers Museum was the main casualty of a "wash-up" at the end of the Dunedin City Council's budget-setting process yesterday, when an earlier decision to give it $2.16 million for fit-out costs was reduced to $1.25 million.

The Dunedin City Council has sold another piece of its Carisbrook property collection.
Pleas from the arts community for an arts and culture strategy for Dunedin have resulted in city councillors setting aside $20,000 for the development of one over the next two years.
The Dunedin Business Internship Programme will continue after councillors allocated $60,000 from the city's budget towards it.
Cycleways, the stadium and the Otago Rugby Football Union bail-out have helped fuel a near-record level of public submissions on the Dunedin City Council's draft budgets.

The Dunedin Tunnels Trail Trust is facing a $1.6 million hurdle in its quest to reopen the old Caversham tunnel to cyclists.

Dunedin ratepayers will be consulted this year on a rates increase of 5%, after three days and 25 minutes of councillors debating what should stay, and what should go, from the city's budget during the Dunedin City Council pre-draft budget and long-term plan meetings.

There were emotive arguments as Dunedin city councillors split into camps over the restructuring of Forsyth Barr Stadium debt repayments to a 40-year term yesterday.

The number of cuts being made by the Dunedin City Council to projects across the city will have far-reaching effects.

Dunedin City Council's community housing rents will rise by about 3% in the next financial year.

Dunedin Mayor Dave Cull has called for a report to clarify exactly what the Otago SPCA will do with any funding it gets from the city council, now it will no longer house stray dogs or deal with feral cats.
The Dunedin City Council needs to be upfront with Mosgiel residents, and tell them their new swimming pool is not the "first cab off the rank", Cr John Bezett told this week's pre-draft budget meetings.

A planned safety upgrade for Riccarton Rd has received another setback, when a push to add $500,000 to the Dunedin City Council's budget for the project stalled amid confusion this week.

A 10% rise in the cost of dying would cost the deceased, but have lesser effect on living ratepayers, the Dunedin City Council heard yesterday.

The Dunedin City Council gave approval for a second "targeted rate" system to improve city buildings yesterday when it voted for a scheme to help fund earthquake-strengthening for heritage building owners.