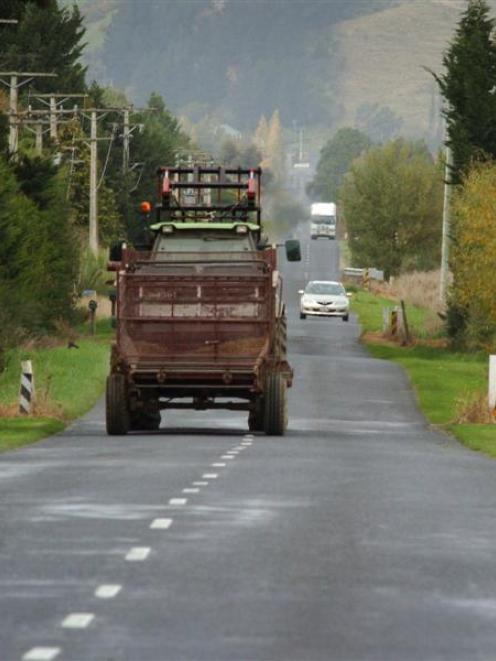 Cr Andrew Noone had hoped to win support for the addition of the funding at this week's pre-draft budget meeting.

Councillors last year endorsed the $2.6 million "option B" upgrade plan for Riccarton Rd, which would see the road widened to 7m, with two 1.5m-wide shoulders, and require the purchase of private land to make room for the work.

Cr Noone this week said the New Zealand Transport Agency was expected to meet 56% of the cost - amounting to about $1.4 million - leaving the council to pay $1.17 million, including $500,000 for the land.

The $670,000 cost of completing the physical work on the road would come from existing council transportation renewals funding.

Cr Noone said some of the "10 to 12" owners who would need to have slivers of land bought by the council were willing to negotiate, but the funding was needed for that to happen.

Cr Kate Wilson said debate about the road's future had been going for up to 15 years, which was "a long, long, long time" for owners, who wanted certainty and deserved "a modicum of ability to control their own lives".

However, confusion set in after Cr Fliss Butcher questioned why the project - which was not in the council's pre-draft budget, or on its list of unfunded items - was being promoted ahead of other priorities.

Cr Noone said the project had been "forgotten about", but Cr Richard Thomson said he was "confused" and uncomfortable about making decisions "on the hoof".

Cr Thomson called for a report on the priority of the project, and Mayor Dave Cull agreed, saying the issue would be left until more information was presented to councillors before the annual plan was completed.