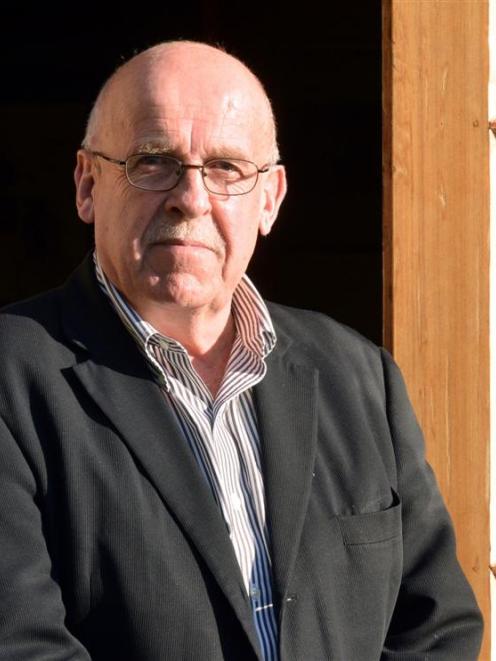 He is the fifth candidate confirmed so far for the council's 11-seat central ward.

The move comes after Mr Benson-Pope bowed out of national politics in 2008, after becoming embroiled in scandal over allegations he mistreated pupils while a teacher in the 1980s.

He was eventually sacked as a cabinet minister following separate claims he misled the public, and later lost the Labour Party nomination for the Dunedin South electorate to Clare Curran.

Mr Benson-Pope said yesterday he did not want to dwell on the past, but hoped his critics had moved on.

He had decided to re-enter local politics after ''a bit of a breather'' in recent years.

His family supported his decision, although some of his friends ''think I need my head read''.

"Part of me has asked myself if I haven't had enough of that, but you can't really take the politics out of the boy.

''My prime interest has always been the welfare of Dunedin.''

Mr Benson-Pope said he had kept himself busy ''around the fringes'' since exiting the national stage, including working as an independent commissioner on resource consent hearings in Dunedin.

He had considered standing for a council seat in 2009, before deciding it was too soon, but now felt ready to offer the city his time, energy ''and, I hope, some useful experience''.

The city - like others around the country - faced ''big issues'' and the council needed to keep ''rattling the cage'' of the Government on behalf of ratepayers, he said.

The council appeared to be doing a good job in many areas - including debt management - but energy costs remained a big issue to be tackled, and the central city needed a spruce-up, he believed.

''Every time I walk down George St or around the Octagon I'm a bit embarrassed, really . . . It's just really dirty and it needs a lift.''

Mr Benson-Pope's candidacy was the latest step in a public service career spanning nearly 30 years, which included five terms as a city councillor and three terms as an MP.

He rose to the rank of cabinet minister in 2004, but the following year ran into trouble when historic allegations emerged from his time as a teacher in the 1980s.

The claims included that he had caned pupils until they bled, jammed a tennis ball into a boy's mouth and taped his hands to a desk, and struck another boy with the back of his hand, causing his nose to bleed.

Mr Benson-Pope temporarily stood aside from his ministerial duties, despite strongly denying the allegations, until then-Speaker Margaret Wilson decided not to refer the matter to Parliament's privileges committee.

Police also later decided not to prosecute, despite an investigation identifying a prima facie case for assault.

However, Mr Benson-Pope was later sacked as a cabinet minister after claims he misled the public over the employment of Madeleine Setchell at the Ministry for the Environment while he was environment minister.

And, despite later being cleared of any wrongdoing in that case, he bowed out of national politics after losing the Labour Party nomination for Dunedin South in 2008.

Asked yesterday if he had learned lessons from his experiences, Mr Benson Pope would only say he hoped he was ''older and wiser''.

''But I really have no comment to make about that.''