By John Gibb
1 Comment
After catching an 11.34kg kingfish at Dunedin’s new Boiler Point jetty at Port Chalmers yesterday, pastor Peter Tuisano is still trying to get the smile off his face.

"I was so proud and so excited that I caught the kingfish," he said.

"I never thought I could do it.

"I’m happy. I had never caught a kingfish in my life."

Born and raised in Samoa, Mr Tuisano (74) lived in Dunedin for several decades before moving to Wellington in 2016 and continuing his earlier church pastoral work in Porirua.

Back in Dunedin since before Christmas, for a fishing break and to catch up with family members, Mr Tuisano caught the big fish in the harbour about 8am yesterday, after a more than 20-minute battle to land it. 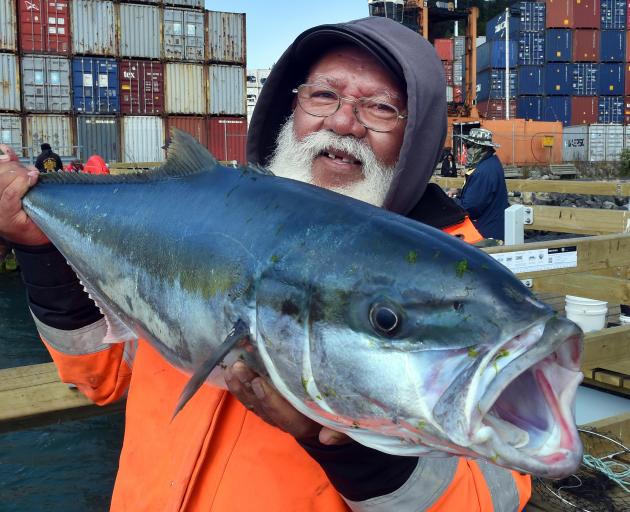 He had been just about to move his line to a different location when the fish took the bait, he said.

After catching his first kingfish, he was also feeling positive about prospects for his planned entry in the two-day Otago Harbour Salmon Fishing Competition next month, and would return north after that.

He hoped his luck would "continue till that day" of the contest, he said.

Prof Steve Wing, of the University of Otago marine science department, said early last year that climate change was probably a main reason why kingfish were being quite commonly found in waters off the Otago coast, which were previously considered too cold for the species.

Congratulations Peter, awesome catch enjoy eating it with your family.