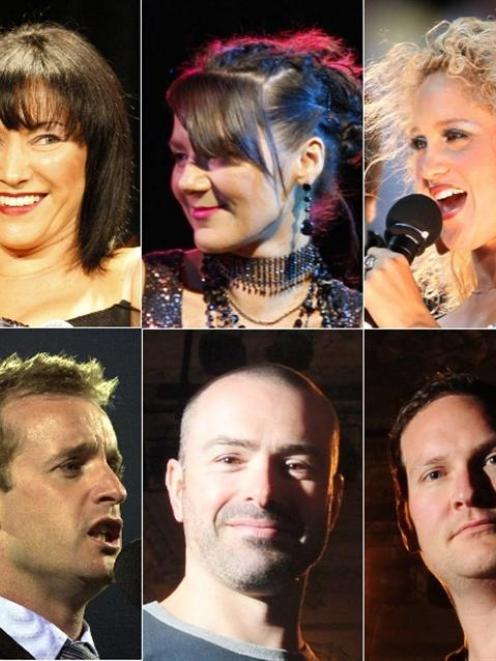 "We're absolutely delighted with the artists involved. The calibre is just outstanding. Everyone we've invited is either at the peak of their game, or is well on their way," artistic director Doug Kamo said yesterday.

"Our musical director, Stuart Walker, has been rehearsing with the ensemble for the last few weeks and everybody has been incredibly enthusiastic. It's coming along just nicely."

Regional guest artists include Dunedin schoolgirl Kylie Price (18), who won the Good Morning "Find a Star" national television talent quest in August, and Wanaka country singer Jody Direen (22), who came third in the competition. Tina Cross was the judge of the competition.

To make the concert as family-friendly as possible, just about every music genre would be represented, Mr Kamo said, "with a few extra little surprises in store on the night".

"The stage is going to be like a giant front page of the ODT,"he revealed.

The singers were equally excited yesterday.

"I feel honoured to be invited. I saw the stadium in the Rugby World Cup and it looks fantastic. Just magnificent," Jackie Clarke said.

"I've been watching all the players running around after the ball and now it's our turn to have a ball," the New Zealand Idol judge said.

For Brisbane singer Chris Fennessy, who grew up in Dunedin, it will be a special return home.

"It's so exciting and I'm really looking forward to it. It's going to be a great celebration of Otago music," he said.

Tina Cross had a string of hits in the 1970s, 1980s and 1990s, including the Shortland Street television soap theme, while Ainslie Allen has been contracted to perform one of the national anthems in the Rugby World Cup semifinals.

The "Big Night In" will celebrate the 150th anniversary of New Zealand's oldest daily newspaper and is being supported by the Dunedin City Council as the opening community concert at the Forsyth Barr Stadium.

Allied Press managing director Julian Smith said the concert was a "thank you" to the Otago community for 150 years of support.

ODT circulation manager James Smith said ticket details for the November 12 concert would be released at the end of this month. Entry is by free ticket only. Gold-coin donations will be accepted at the gate for the KidsCan charitable trust and Lions club.