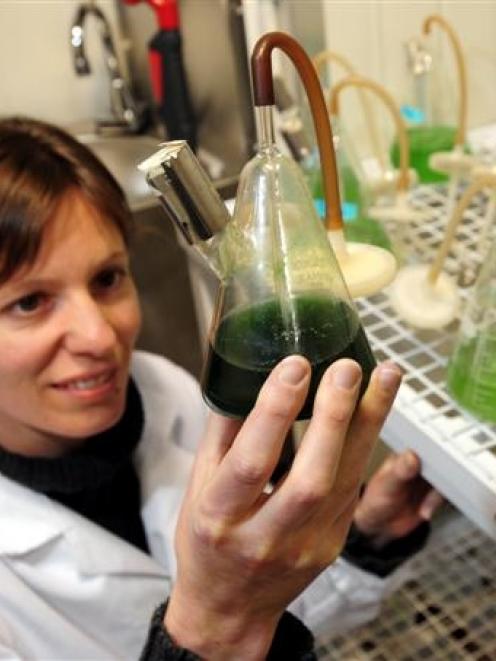 The bacteria grow using solar energy, light and carbon dioxide and produce hydrogen and ethanol, biofuels which are already being used as power sources.

Researchers around the world are perfecting ways to grow the bacteria in large enough quantities to produce commercial amounts of biofuels.

Dr Summerfield (37) has received a $264,000 Foundation for Research, Science and Technology postdoctoral fellowship, enabling her to spend the next three years recording which of New Zealand's many varieties of bacteria grow most quickly and best, and which produce the most amounts of hydrogen or ethanol.

She said yesterday it was too early to say whether bacteria could be used as a source of clean and renewable energy, but that their potential was untapped.

"I feel lucky to have been given a grant to study something I really enjoy, and something which could potentially be really useful.

"The beauty of it is bacteria don't have to be grown on agricultural land like corn or other crops used to create biofuels - all you need is clear plastic tubes, light or heat, phosphate fertiliser and water.

''The water does not have to be clean.

''Some people are experimenting with using grey water from sewerage treatment plants."

Dr Summerfield is one of 14 researchers awarded fellowships yesterday.

Dr Ashton Bradley will return from Australia to work at the internationally recognised Jack Dodd Centre for Quantum Technology, carrying out theoretical investigations into some as-yet uncharted areas of atomic physics.

One of his major roles will be training students in quantum technology techniques.

Dr Christina McGraw will study the impact seawater becoming more acidic has on marine organisms of economic importance to New Zealand such as oysters, green-lipped mussels and paua, and those organisms' abilities to adapt to changing ocean conditions.