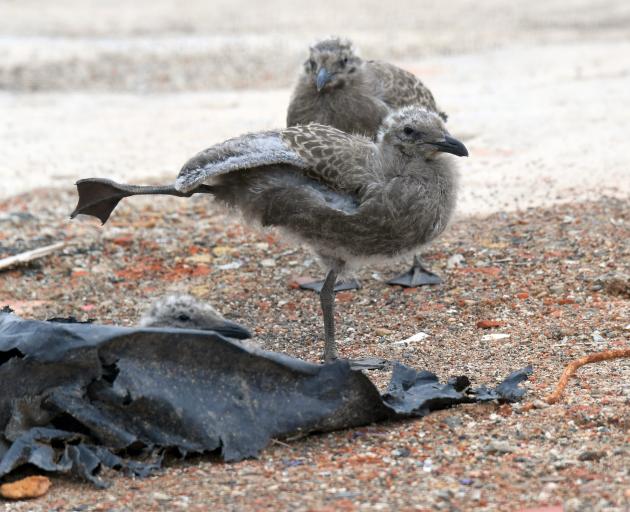 The first new life has hatched on the site of the new Dunedin Hospital. Up to a dozen black-backed gull chicks are growing up in the rubble of the demolished former Cadbury site. PHOTO: STEPHEN JAQUIERY
The vacant former Cadbury site in Dunedin lies dormant after a months-long demolition.

The only sign of life at the centre city site are Dunedin’s ever present black-backed gulls.

Now the bold birds have pipped the planned birthing unit at the soon-to-be constructed new Dunedin Hospital and about a dozen fledglings evident on site are the first sign of new life at the planned hospital.

However, unlike the rare, nationally critical black-billed gulls that disrupted construction on Christchurch’s former PWC site, the larger, abundant native species is not expected to disrupt construction plans.

"Luckily they should all be airborne prior to works starting," the spokeswoman said. "We are not aware of any other native species on site."

A Department of Conservation spokeswoman said black-backed gulls were not a protected species.

Any harm that might be caused to the birds was an animal welfare issue, not a conservation issue, she said.

Due to the birds’ increased food supply from human sources there were only a few remote island groups where black-backed gulls occurred at what were considered natural densities, with isolated pairs breeding on rock stacks and headlands.

The birds were known to consume large quantities of organic waste from landfills and farms, the site said.