Board may be sacked 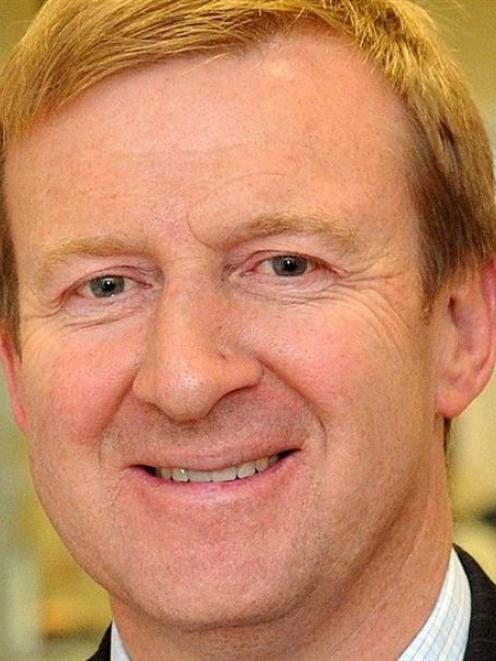 Jonathan Coleman.
The Southern District Health Board may be given its marching orders and a commissioner installed to sort out its problems.

The board has until Thursday to respond to Health Minister Dr Jonathan Coleman's proposal to consider appointing a commissioner under the New Zealand Public Health and Disability Act, it was revealed yesterday.

A commissioner would have the powers and functions of the board, except for procedural aspects relating to meetings, a letter from Dr Coleman to chairman Joe Butterfield says.

''Based on the board's previous history of failure to deliver on its annual plan expectations, I do not have confidence that the current governance arrangements are suitable for overseeing the strategic plan or delivering on the changes required in Southern DHB,'' he wrote.

The board's financial situation ''worsened considerably'' in recent months despite it being overseen by a Crown monitor and intensively monitored by the National Health Board, the May 28 letter says.

''Before I make a decision I am providing an opportunity for the board to comment on the concerns raised and my intention to consider appointing a commissioner to the DHB to replace the current board.''

Dr Coleman's letter says he is ''committed'' to the plan to redevelop Dunedin Hospital.

In a short statement, Mr Butterfield said he had ''every confidence'' in the board.

''I will be working through the process with the Minister of Health and I will not be commenting further until I have spoken to the minister,'' Mr Butterfield said.

Through a spokesman, chief executive Carole Heatly declined to comment.

Board member Richard Thomson declined to comment when contacted.

The proposed action follows months of uncertainty after Dr Coleman confirmed in February he wanted to replace Mr Butterfield with a new chairman, but no appointment was made.

In the meantime, proposed cuts to head off a projected $42million deficit in 2015-16 met opposition and put pressure on Dr Coleman and local National MPs.

''I just hope that if he's going to do it, he doesn't dilly-dally round for the next few months.''

''This has drifted, and it's drifted at the expense of more money going into the deficit and no resolution of the issues that you face,'' Mrs King said.

She urged Dr Coleman to examine underlying problems, as there were no quick fixes.

''There is something inherently wrong in the funding. It can't just be the management of the board or otherwise why hasn't the Crown monitor found it?''

Association of Salaried Medical Specialists executive director Ian Powell had mixed feelings about the proposed action, saying it would work only if the right person was appointed.

He expected Dr Coleman would go ahead and install a commissioner, because: ''If the board had anything to say to convince the minister, they would have said it previously''.

The senior doctors' union's main concern was the difficult relationship between senior management and the rest of the DHB workforce.

''I think it's a risk [installing a commissioner]. Clearly something had to be done. But we would have preferred that it had been some level of intervention to address the senior management issues.

''That may well be the objective that the minister has, but it's a very round-about way of doing it.''

In a statement yesterday, Dr Coleman said he would make a decision after he had considered the board's response.

''I am committed to the vital redevelopment of Dunedin Hospital and the provision of high-quality health services to all the people of the Southern region.

''The problems at Southern DHB are long-standing and have been well documented.''

July 2012: PricewaterhouseCoopers called in for advice after budget blow-out. Later that year it identified $30 million in health cuts. The board paid more than $400,000 for its services.

September 2014: The board abandons a plan to upgrade Lakes District Hospital because of its financial position.

April 2015: A delay in the Dunedin Hospital clinical services building rebuild is revealed, with a report showing detailed planning work would not be completed until late 2016. Former health minister Tony Ryall had earlier said a completed business case would be considered in 2015.

April 2015: Health Minister Dr Jonathan Coleman denies claims he is considering installing a commissioner after a leaked report forecasts a $42 million deficit for 2015-16.