The party’s former leader yesterday triggered a by-election in his Tauranga electorate after revealing his decision to leave Parliament within the next few weeks.

"I’m excited about the future and exploring commercial opportunities," he said.

"But more important to me than being a politician or a businessman, I’m a partner to Natalie and dad to Emlyn, Harry, and Jemima.

"This week my oldest two children turn 10 and 8 years old, and I want to be able to give them the best of me." 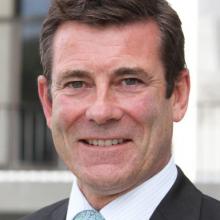 National Party leader Christopher Luxon said he would miss Mr Bridges as a respected adviser and confidant but acknowledged his reasons for stepping down.

Dunedin list MP Michael Woodhouse, close to Mr Bridges both personally and professionally, said he was losing a good mate in Parliament.

"Obviously we will continue to have a relationship outside of Parliament, but he has been a great colleague and a good friend and I will miss him a lot."

Mr Bridges’ sudden departure leaves a vacancy within National for a finance spokesperson.

Deputy leader Nicola Willis, who put in a well-regarded stint on Parliament’s finance and expenditure committee, is an obvious leading candidate, as is Chris Bishop, a former deputy chairman and chairman of that committee. 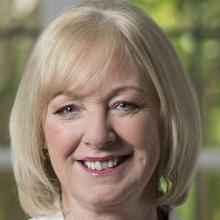 Mr Woodhouse, the party’s finance spokesman before Mr Bridges was promoted to the role, was asked about his prospects of a return to the role.

"I am in the hands of the leadership team. It is a matter for Christopher and Nicola."

Waitaki MP Jacqui Dean, whose historic complaint of inappropriate language use by Mr Bridges within her earshot was calamitously dredged up by former party leader Judith Collins just prior to her losing the leadership, paid tribute to Mr Bridges yesterday.

"It was surprising, but in a way it was also unsurprising," she said.

"He is a man who had given a lot of himself through his years in Parliament but he also has a family and young children who have not seen a lot of him ... Good on him, I say."