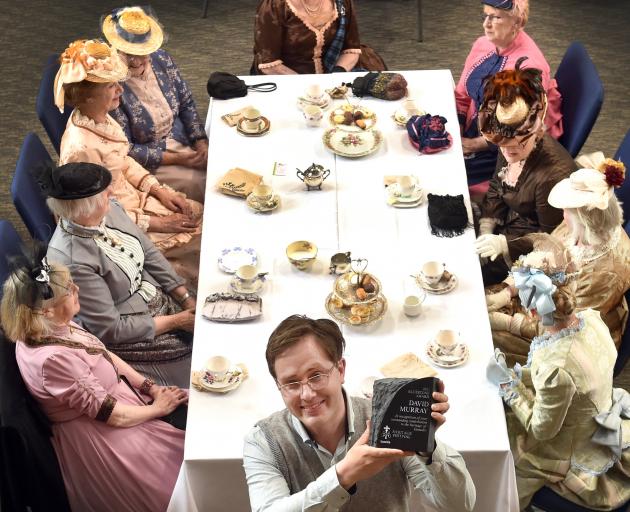 The event was part of the festivities on the opening day of the Dunedin Heritage Festival, attendees being encouraged to dress in op shop or upcycled garments to reflect the festival’s theme of adaptive reuse of heritage buildings.

Hocken Collections archivist Dr David Murray was awarded the festival’s Bluestone Award at the event in recognition of his advocacy work to promote and protect Dunedin city’s built heritage.

In addition to his work with the Hocken Collections architectural archives, Dr Murray started his popular Built in Dunedin blog in July 2012, in which he has explored the architectural history of many of the city’s older buildings.

Speaking after receiving his award, he said he enjoyed being able to discover the ‘‘amazing stories’’ behind the buildings, and share them with people.

‘‘It’s a real thrill to have that acknowledged in this way.’’

He said one of the biggest challenges facing built heritage was identifying it and making sure buildings had protection in the city’s planning mechanisms.

He endorsed the festival’s focus on sensitive adaptation and re-use and said Hanover Hall was a prime example of a heritage building that had been saved for a practical community use.

The heritage festival runs until Sunday and features a number of free walking tours and self guided visits to heritage buildings, alongside paid tours and a heritage short film screening at the Dunedin Gasworks Museum this evening.