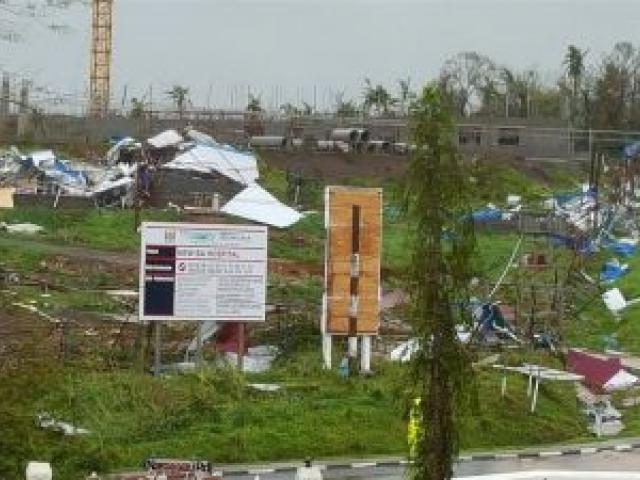 The new hospital in the town of Ba lies in ruins after Cyclone Winston swept through Fiji’s Viti Levu Island. Photo by Reuters.
Dunedin businessman Ian Taylor had first-hand experience of Cyclone Winston at the weekend, blogging as the storm smashed into his Fiji hotel. 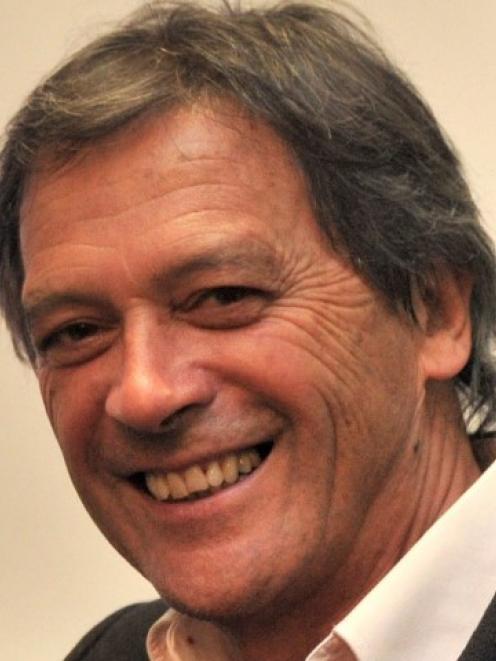 Ian Taylor
The cyclone is reported to have claimed 20 lives and its 325kmh wind gusts, heavy rain and 12m-high waves left more than 1000 people sheltering in evacuation centres yesterday.

Huddled in his hotel's ballroom together with a wedding party and people from nearby hotels and homes, he posted a series of messages on his Facebook page.

‘‘I'm here to speak at a conference about how technology is changing the world.

And then good old Mother Nature steps up to put us in our place,'' he said.

The ballroom was the hotel's designated bunker but had been booked and filled by a lavish Indian wedding.

‘‘We ended up taking over the ballroom where a wedding was going on ... Bet the bride never in her wildest dreams thought she would spend her wedding night sleeping [in a room] with a couple of hundred strangers.''

Just after 10pm on Saturday Mr Taylor wrote that alarms had sounded and everyone was sent to the ballroom.

At 10.30pm, as the storm neared the island, Mr Taylor ‘‘went out to take a look''.‘‘It is incredible. People living in normal houses here must be getting hammered.''

At midnight, an hour before the storm's full ferocity was due to hit, he wrote: ‘‘The noise is incredible.'' His messages stopped for five hours while the category five cyclone raged across the island.

By 5am, Mr Taylor had managed to leave the ballroom and look outside where a local told him: ‘‘we dodged the worst of it. Mountains did the job.''

Three hours later, the lobby was ‘‘almost cleared up''.

‘‘Time now to focus on the people of Fiji who won't be able to fly away from this. And this morning these lovely people still greet us with those huge smiles and ‘Bula vanaka'.

‘‘This stuff always brings out the best in people.

‘‘Or maybe the best people just come out, but guests are out cleaning up with the staff.''