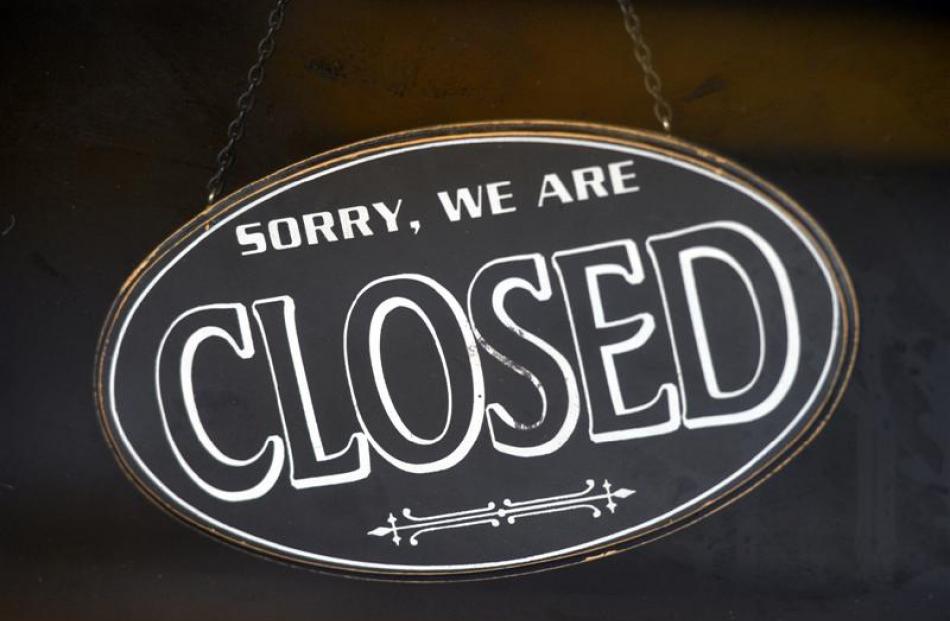 Several South Dunedin businesses remain closed more than a month after floodwaters washed through the area. Photos by Stephen Jaquiery. 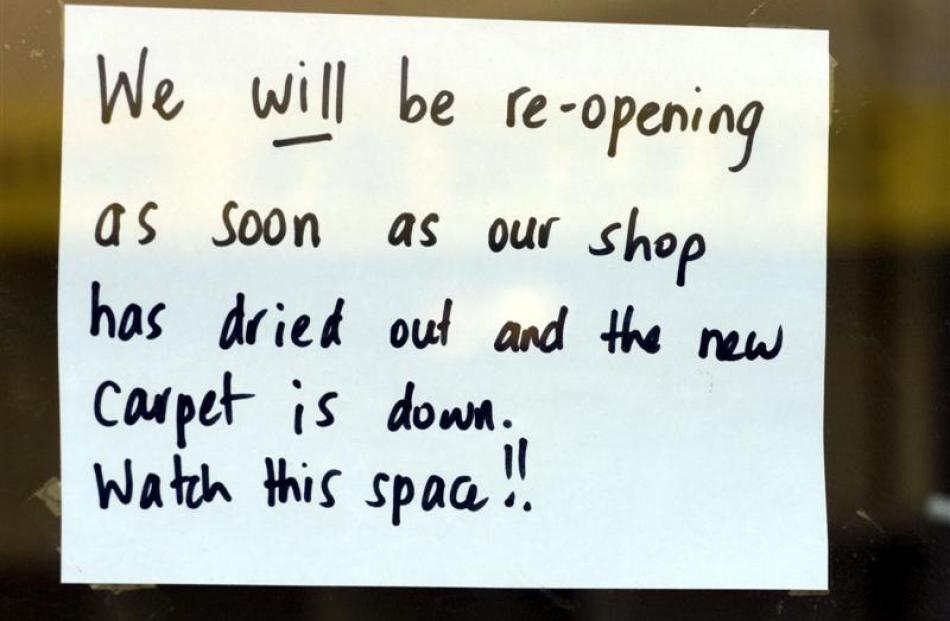 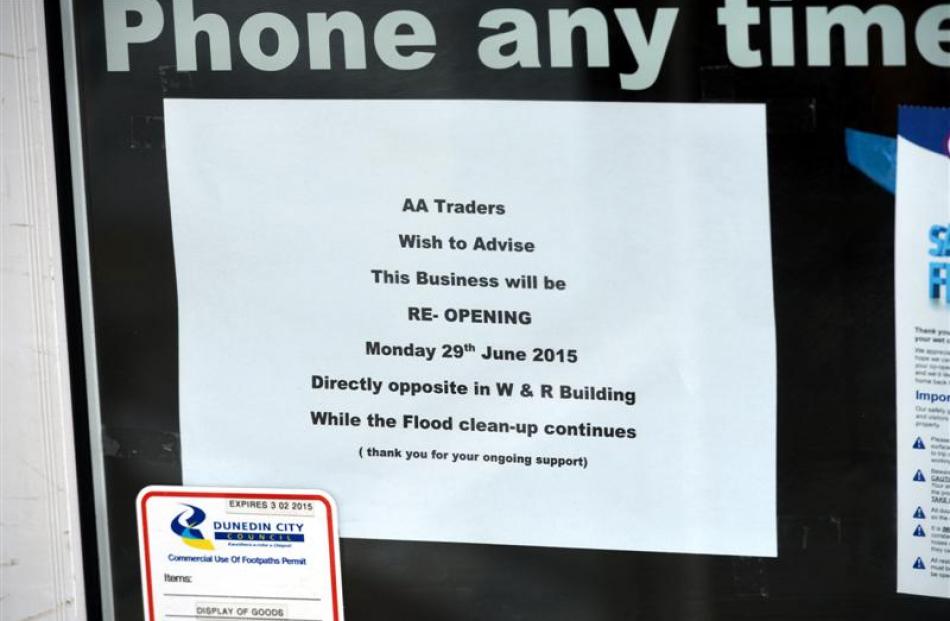 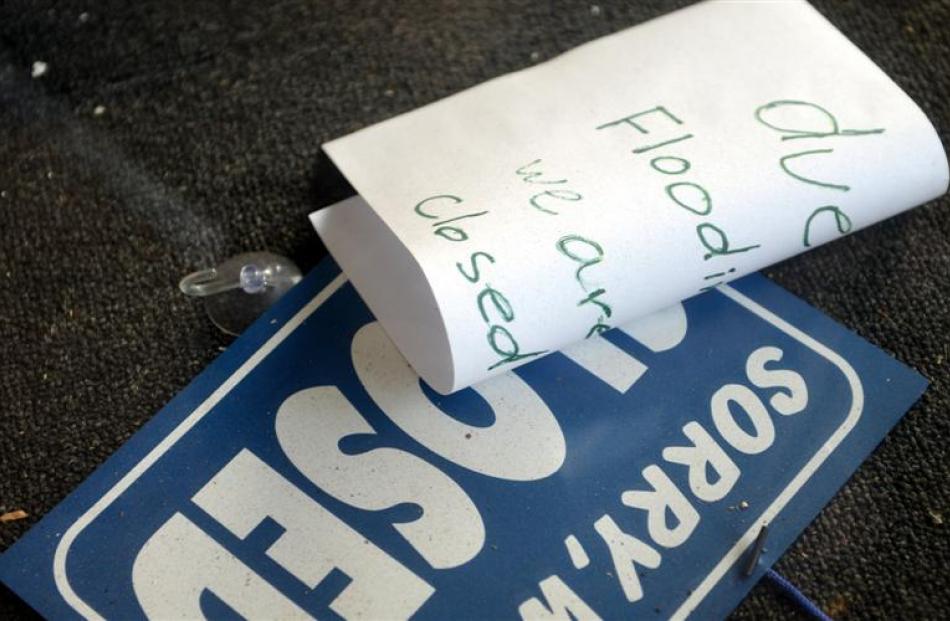 It has been more than a month since flooding forced businesses out of their South Dunedin premises and many shop owners are still picking up the pieces.

Builders were working to repair damage to stores in King Edward St yesterday as businesses battled to get back on their feet. Some buildings have been abandoned or will be used only for storage.

Items had been put in storage and were gradually being moved to the business' other store across the road.

The business owner, who did not wish to be named, voiced his frustration at the ongoing disruption.

''I'm still not operating and I'm not happy about it,'' he said.

Judith Reader, who runs her Doggie Designs business in the same building as AA Traders, said the area was quieter since the flood.

That was probably due to the number of shops closed.

Home appliance retailer DTR was still operating from a pop-up store at the back of its premises yesterday.

It had been doing so since the flood.

National marketing manager Mike Frederickson said that situation was expected to continue for at least another six weeks.

Repair work was going well but he was still waiting for furnishings to arrive from around the country, he said.

''The staff are persevering to keep the business trading and keep our customers satisfied - some of them have had a pretty hard time as well. Fingers crossed we'll be back in the building by August.''

Mr Frederickson said ''a reasonable portion'' of stock had been damaged and would be covered by insurance.

Builders were laying vinyl inside the building yesterday.

Mr Jawawdeh was not insured and his business had been hurt by the disruption.

''I'm hoping to be open tonight or tomorrow morning,'' he said yesterday.

Arkwright's second-hand store, which operates from three buildings in the street, would not be reopening its flood-damaged store, a spokesman said.

About $6000 worth of property was lost in the flood.

The cost of repairing the store was not viable and the premises would be used for storage instead, he said.

Orphans Aid Opshop was preparing to reopen next Wednesday, six weeks to the day since the flood.

Store manager Hilary Campbell said staff could not wait to get back into the building.

''We're all very excited. It feels like we'll be able to do what we're meant to be there to do.

''It's been hard for us because we know people have lost items in the flood and we haven't been able to be there to help them. There are a whole lot of people who need help and we're looking forward to being able to do that.''

International fundraising projects had been hampered by the enforced closure as they were reliant on income from the shop's sales, Mrs Campbell said.

''But these things happen and we just have to work the best we can to deal with it.''