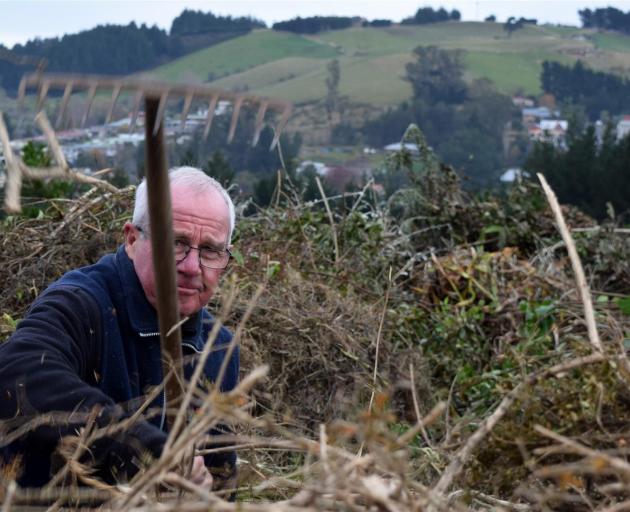 Ron McDonnell, of Waldronville, said he tore out a hedge from his home during Alert Level 4 and waited for landfills to reopen in Alert Level 2 before he dumped it.

When he arrived at Green Waste in Burnside on the first day of Level 2 last week, he was surprised to discover the landfill had been opened in Level 3.

“Otherwise I would have been up here earlier.”

He was enjoying the freedoms allowed in Level 2.

Before visiting the landfill, he got a haircut in Green Island.

The first days after reopening were “insane”, he said.

To operate in Level 3, the business introduced strict safety measures such as contactless payment and contact tracing.

Many people wrongly believed the business would reopen in Alert Level 2 so it was busy again last week.

More than 1600 people visited the landfill in the first four days of Level 2.

The busiest day in those four days was last Saturday, when 435 people visited.

At the same time last year, up to 200 people visited the landfill daily.

The decision to keep the landfill closed during Alert Level 3 was made in consultation with the council’s contractor and was consistent with advice from Government and the local government sector, Mr Henderson said.

“It was agreed opening the landfill to the general public would have been inconsistent with Covid-19 Alert Level 3 guidance from Government, which was that people should still stay home and avoid non-essential travel.”