Butcher hits out at mayor 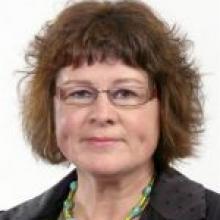 Fliss Butcher
Cr Fliss Butcher has launched a scathing attack on Dunedin Mayor Dave Cull, accusing him of political and gender bias in the selection of Dunedin City Council committees.

After walking out of the inaugural council meeting last month, where the new committees were confirmed, Cr Butcher refused to say why.

However, in an in-depth interview with the Otago Daily Times, Cr Butcher lays the blame on Mr Cull.

She accuses him of political and gender bias in the make-up of the committees and for the fact she was not chosen to chair one of the council's four main committees.

"I see it as a gender issue for me particularly because I'm a feminist and I'm well known to be a feminist."

Mr Cull denies a political or gender bias in his nominations.

Cr Butcher said the only thing that had stopped her resigning was the cost to the city of holding a by-election - believed to be about $150,000.

At this early stage of the new term, the council would have no alternative but to hold a by-election if a vacancy occurred.

Cr Butcher could not say when she would resume her council duties.

"When I can finally manage to take the knife out of my back, then I'll be ready.

"At the moment, it's still quite heavily lodged between my shoulder blades.

"When that's pulled out, I'll be very happy to come back."

She told the ODT this week she was in North Otago on sick leave and would not be returning until cleared by her doctor.

The agenda for Monday's meeting notes her apology and it is understood the council will consider the reasons for her non-attendance in the non-public part of the meeting.

Cr Butcher declined to say what medical treatment she was undertaking.

Her website contains a message, dated September 22, that notes her intention of taking time out from council.

The entry reads: "Sudden death of my dear old mum which means I'll be missing a few campaign meetings and council meetings over next couple of weeks. Sort of puts life/work/balance in perspective."

Cr Butcher continues to communicate from North Otago and one entry in a Twitter account from earlier this week stated: "That momentary slice of happiness [had] been replaced by the black cloud of despair and hopelessness that arrived when Mum died."