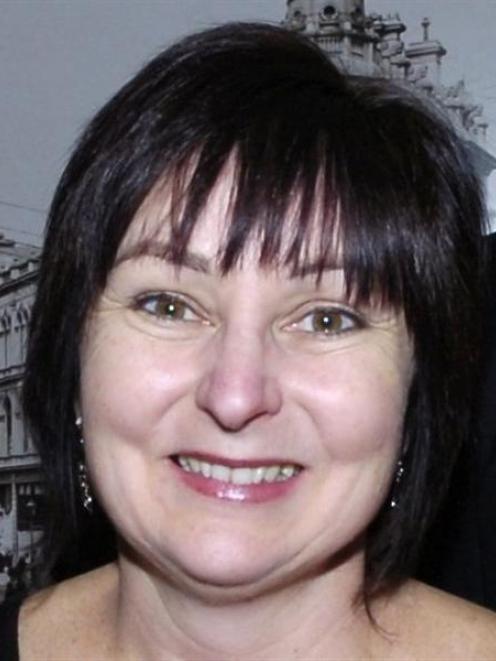 Kate Styles
The group promoting a plan to have cable cars rolling up and down Dunedin's High St has been encouraged to continue its work by the Dunedin City Council.

However, councillors at yesterday's economic development committee meeting reiterated there was no funding available in the council's long-term council community plan (LTCCP) to develop the proposal.

The Dunedin Cable Car Trust is promoting the project to have cable cars used on a 1.5km route linking the Exchange and Mornington.

A second group of three Dunedin men has proposed a route that would take cable cars from the Dunedin Railway Station, through the Octagon and up Stuart St.

Both projects were the subject of an independent feasibility study commissioned by the council, which questioned the economic feasibility of either but showed the High St project was the more practical of the two.

Speaking at yesterday's meeting, council strategy and development general manager Kate Styles said if the High St project was to proceed, the trust would have to present a more detailed outline to the council's annual plan hearings.

The trust has already indicated a willingness to continue with a detailed investigation of the route, which would cater for commuters.

Cr Chris Staynes, who has met both groups, said there were many issues still to resolve, including health and safety considerations related to whether open heritage cars could be used.

"They may end up at [January's] annual plan. My gut feeling is it will take a bit longer than that," he said.

However, the end result could be "quite a significant catalyst" for heritage tourism in Dunedin, he said.

Committee chairman Cr John Bezett said he had been "nervous" about running cable cars in Stuart St, because of the cost and disruption to traffic.

However, the council's report on the High St proposal showed there was "some support for what they are advocating".

Deputy mayor Syd Brown said more details on costs were needed, as the feasibility study identified capital costs of up to $19 million would be required for the High St route.

"How is that going to be funded?

"We need to get a better picture of what we are being asked to support. Until we get that . . . we shouldn't be giving them any indication of support," he said.

The trust took issue with some of the feasibility study's conclusions, but council chief executive Jim Harland said the trust would have to study the report in detail and bring back its own information that addressed the findings.

He said he would encourage the trust to look at other potential sources of capital for the project.

Cr Richard Walls said cable cars would "return to Dunedin something that was a unique part of our history", but the chances of the project going ahead were only between 20% and 50%.

Councillors voted to invite the trust to bring the findings of its detailed investigation of the High St cable car project back to the council at a later date.

A meeting of the trust and supporters would be held in January, with fundraising and other issues debated, followed by a full survey of High St residents and businesses, he said.

"It is vital for the success of the project that the Mornington community are supportive."