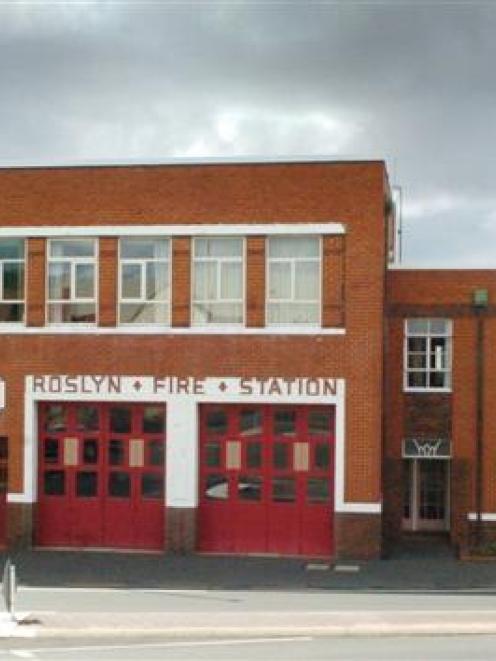 Roslyn Fire Station Ltd has been granted consent for two businesses - a Coffee Culture cafe, and physiotherapy gym, to be operated in conjunction with Roslyn Physiotherapy - to establish in the station, though it is still open to appeal.

The building is already home to seven residential apartments and a boutique day-spa business, Erban Spa.

A hearing for the non-complying activity, because the building was zoned residential, was heard last month by councillors Andrew Noone and Kate Wilson.

The proposal attracted 12 submissions, five of which were in opposition, largely to how it would affect parking in Roslyn.

Rhubarb cafe owner Helen Wright said granting of the consent was "crazy" and she was considering appealing.

"Everybody knows Roslyn has a parking issue and we've been heavily reliant on the supermarkets. It's not going to take long for them to crack down."

Having lived in the area for 20 years, and owned a business in it for seven, she had witnessed the "increase in parking demands and increase in traffic" and was concerned traffic data from 2008 had been used in the proposal.

"I would imagine there would be opposition to the consent. It just horrifies me how much you have to spend to right a wrong."

However, during a mid-afternoon site visit last month, the committee observed that, although the take-up of parking spaces was always high, spaces were available at all times, a point which was consistent with two parking assessments provided during the hearing, Mr Noone said in a report.

"The area is busy, as would be expected for a commercial centre, and the committee is of the opinion that nearby residents cannot expect to have kerbside parking always available within the immediate vicinity of their property.

"The committee considers that the increase in parking demand in relation to the new activities will be minor when compared to the existing usage."

The committee also recognised the public were known to "take advantage" of supermarket car parks, but it was difficult to determine how often, and described it as the "existing environment" in which the cafe and gym would be established.

To ensure any impact was further reduced, the committee required two off-street parking spaces for use by cafe customers be found nearby.

The applicant was also prepared to finance on-street marking of spaces within the surrounding area which was expected to maximise the number of kerbside parking spaces available.

When it came to noise, the committee believed the effects of the proposed cafe and gym would be "no more than minor in the context of this building and this location" as "any residential activity established in the surrounding area will already co-exist with commercial activities", Mr Noone said.

The consent committee was also pleased the cafe would retain features of the former fire station as part of its decor, and enablethe public to "appreciate the architectural and historical features of the structure".

"The commercial use of the building will also improve its economic viability, therefore increasing the likelihood that it will continue to be utilised and maintained."

Conditions imposed for the consent included that the giving of the consent was constrained to the consent holder only and would not transfer with the sale of the businesses; that the cafe would not be a licensed premises; and that noise and travel demand plans for each business be prepared before their opening.