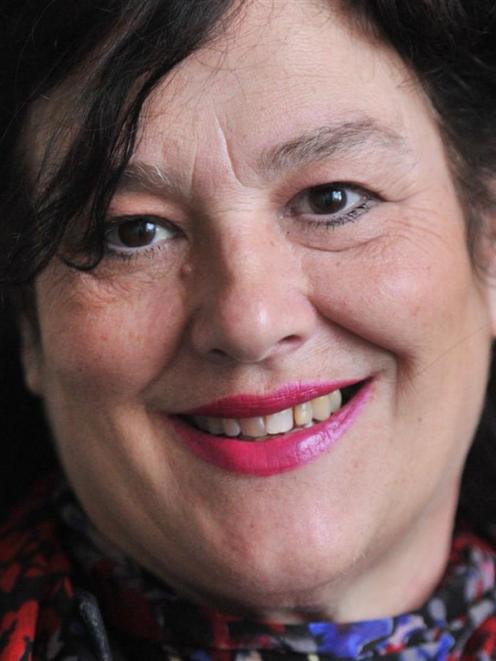 Sarah McDougall.
Bodgies and widgies are staging a dramatic comeback.

Dunedin playwright Sarah McDougall is looking for people who were part of the milkbar and early rock 'n' roll scene in New Zealand to contribute memories for a new play.

Moon at the Bottom of the Garden will have its world premiere at the 2014 Otago Festival of the Arts in October.

''The catalyst for writing the play was reading about 'the jukebox killing' in Auckland in the 1950s,'' Mrs McDougall said yesterday.

''What interests me are the stories and experiences of any ODT readers who were once bodgies or their female counterparts, widgies, or who knew the milkbar and rock 'n' roll scene. These people would be in their 70s now.''

There was widespread public concern about ''juvenile delinquency'' in 1954, after Paddy Black stabbed 19-year-old Alan Jacques to death over a woman beside the jukebox in Auckland milk bar Ye Olde Barn.

A newspaper report of the day said the murder exposed ''an American-style teenage wasteland, of warring juveniles, delinquents, teenage sex, no parental supervision, all-night dives, blaring jukeboxes - even a cult built around the banned books of Mickey Spillane''.

Black was convicted of murder and hanged.

The full-length play script would shift the focus from the two protagonists to the girl they were fighting over, Mrs McDougall said.

''I was wondering what the life of the young girl, the widgie at the heart of the murder, could have been like.''

Mrs McDougall wrote the play while becoming the first person to graduate with a recently-established University of Otago master of fine arts degree in theatre studies.