Call for South to form own party 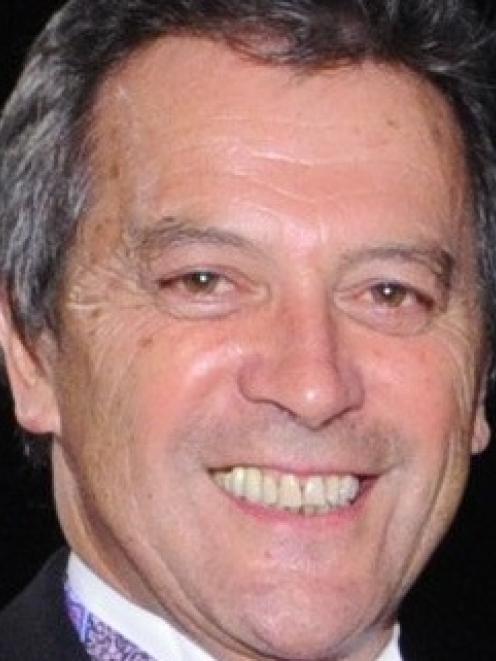 Ian Taylor
Dunedin needs to ''stand up'' to government cuts, and a new political party giving a voice to the South could be just the ticket, businessman Ian Taylor says.

Mr Taylor raised the idea yesterday in response to the Otago Daily Times' ''Stand Up, Otago'' front-page editorial on Saturday, which urged people of the South to fight to save jobs here and in other regional centres.

Mr Taylor told the ODT public dissatisfaction meant any new party could snap up seats in Dunedin, Southland and Waitaki and ''bowl in'' to Parliament.

Once there, it could be a voice for regional development in the corridors of power.

''Now is the time to take our future in our own hands and do something about it ... [to] come together and force the politicians to take notice. No-one else will.

''It is up to us to stand up and be counted and the best way to do that is from the inside,'' he said.

His rallying call came as Environment Southland announced it would ''strongly protest'' AgResearch's decision to shift 85 jobs at Invermay north by 2016.

Environment Southland chairman Ali Timms said she would write to Primary Industries Minister Nathan Guy, asking him to intervene and prevent the scientists being relocated to Lincoln.

''This hasn't been well thought through at all,'' Ms Timms said.

Environment Southland senior environmental scientist Dr Clint Rissmann said the cuts could put at risk ''critical'' research projects in Southland, including the impact farming was having on water quality.

''The thought of losing their expertise from our region is really disappointing,'' he said.

Environment Southland and the Otago Regional Council are the major users of the science produced on the Invermay site, AgResearch chief executive Tom Richardson told the Otago Daily Times during an interview.

The job cuts are the latest in a series of blows for regional development which have left Dunedin Mayor Dave Cull, politicians and business leaders fuming.

However, Mr Taylor said Dunedin - like other regional centres - needed to do more than just send mayoral delegations to Wellington.

A political party owing its allegiance to the regions would ensure smaller centres' concerns were heard in Parliament, he said.

Such a movement could start in the South but expand to include other regional centres facing similar issues, he believed.

''It's the same thing everywhere. We're being left on the peripheries of this mad dash to rebuild Christchurch and keep making Auckland bigger.

''You need to develop the regions for the country to be strong. It's as simple as that.''

Mr Taylor said business commitments meant he would not be a candidate, but he hoped the idea appealed to other, experienced politicians.

If small-party leaders like John Banks and Peter Dunne could wield influence, even if they ''don't deserve to be there'', so too could a regional party, he said.

''Let's stop just talking the talk. Let's go and actually be in a place where we can actually make a difference and they have to listen to us.''

Ms Timms said the decision to shift jobs at Invermay was ''another example of the Government moving to centralise at the expense of rural areas''.

''Agricultural science is vital to New Zealand's ability to maintain a sustainable farming sector. This short-sighted decision cuts across the sector's ability to deliver.''