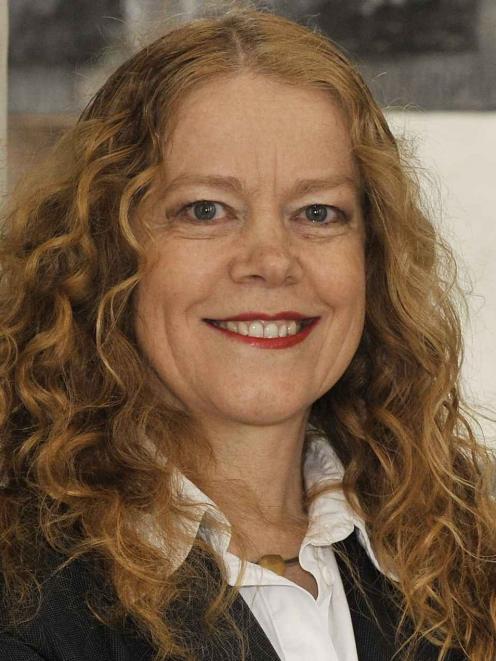 Cr Walls, at a council meeting yesterday, noted Ms Calvert was instructing solicitor for Stop the Stadium in "that society's poorly reasoned, and unsuccessful appeals to the High Court and the Court of Appeal in regard to the signing of the construction contract for the Forsyth Barr Stadium".

"And, one assumes, that she relied on views of those within STS - or associated in some way with that court liquidated group, who did not exactly do their homework."

Ms Calvert said in response to a question in Saturday's Otago Daily Times the stadium was "still in the position where stopping it now would be a lot cheaper than keeping on building it".

She said the council had "sucked dry all the council-owned companies and things that were providing money to the council to make the rates cheaper and work better".

"We've just borrowed a whole lot of extra money and were very, I wouldn't say bankrupt, but it's a real pity to have got ourselves in that position," she said.

Cr Walls said Ms Calvert was "entitled to her opinion, but not her own facts".

Council debt would reach an historical high this year, but would then reduce, he said, and the council could repay its debt.

She failed to understand council companies were there to provide a contribution to ratepayers.

The council had spent $250 million on water, redeveloped the Otago Settlers Museum, Regent Theatre, town hall and Dunedin Centre, and funded the stadium.

"Opinions varied as to worth to the community and need for such projects.

"That is as it should be.

"It is, in my experience, unheard of for a Member of Parliament from this city to `trash its own', let alone someone who also has investments in property within the city."

Ms Calvert responded yesterday she was not criticising the city, only some decisions made by its council.

"The city is not the city council. The city is fabulous, but the council sometimes loses its way, in my opinion."

She agreed with Cr Walls on the role of companies in reducing the rates burden for ratepayers, but she was concerned about the increase in debt for both the council and its companies.

If companies could not pay dividends, she said, the costs would go to ratepayers.

On her comment it would be cheaper to stop building the stadium, Ms Calvert said she did not believe that should happen.

Cr Paul Hudson, chairman of Dunedin City Holdings Ltd, said he did not want to include his opinions on the matter, but the answer to Ms Calvert's concerns about the companies would come when their annual results were released in October.