Fate of residential college uncertain in wake of rebuild 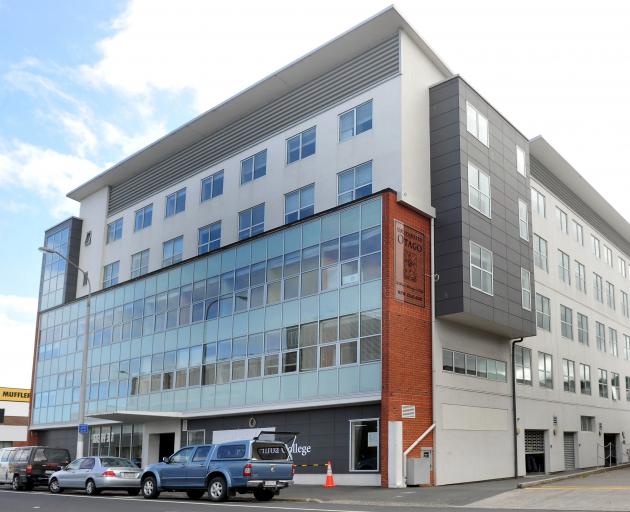 The future of a University of Otago-owned residential college is now up in the air following today's announcement that part of the new Dunedin Hospital will be built on the same block.

This comes after Health Minister Dr David Clark today confirmed the hospital would be built on multiple blocks in central Dunedin, including all of the former Cadbury factory site and the whole block to the north of it between St Andrew and Hanover Sts.

Te Rangi Hiroa College which is named after the university’s first Maori medical graduate, is located in the middle of the "Wilson Block" site and caters for about 120 students.

University of Otago chief operating officer Stephen Willis said the university intended to work collaboratively with the team developing the site in order to see how the rebuild may affect the college.

"There will be no impact on students residing at the college this year," Mr Willis said.

The residential college's buildings could end up repurposed, completely demolished or the new Dunedin Hospital could be rebuilt around it.

If the building could not still be used as a residential college, the University would look into rebuilding it elsewhere, retaining its identity and name, Mr Willis said.

University of Otago director of Maori development Tuari Potiki said Te Rangi Hiroa's iwi Ngati Mutunga had been informed of the announcement and were keen to be involved in the future of the college.

Despite the possible impact on Te Rangi Hiroa College, the University of Otago was pleased to see an inner-city location confirmed for the rebild.

Division of Health Sciences pro vice-chancellor Professor Peter Crampton said the site was close to other important health-related buildings such as the Dunedin School of Medicine and the Otago Dental School.

“We see this as a unique opportunity to secure an exciting future for the health precinct area of Dunedin and the University,” Prof Crampton said.

Vice-chancellor Professor Harlene Hayne said the Otago Medical School was "integral" to the university and it was keeping an eye on the progress of the rebuild.

“We are absolutely delighted that the new Dunedin Hospital will be built in close proximity to the University,” Prof Hayne said.

Several University of Otago staff have been involved in detailed planning for the new hospital.