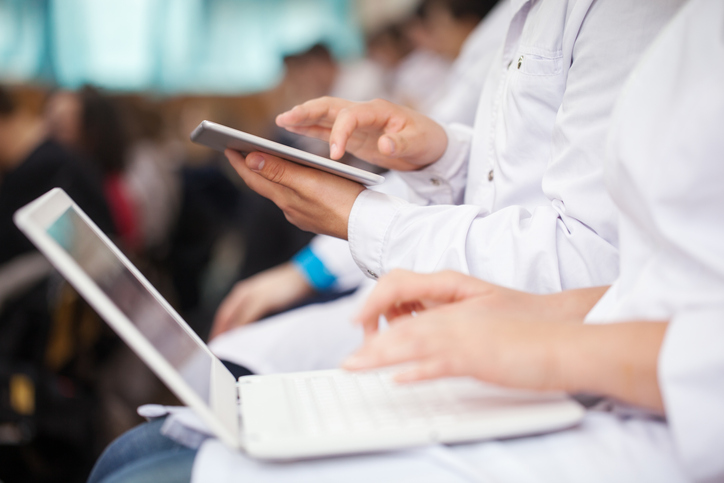 The university prevented 53 final-year medical students from graduating with their peers after it discovered they were holidaying instead of interning in hospitals during overseas placements, and falsified papers to cover it up.

Their punishments include paying back any government grant money owed, writing a reflective essay and making up time with extra approved work.

However, a medical professional who is also mother of one medical student not being punished said the practice was well known yet only a few were paying the price.

The woman, who spoke to RNZ on the condition of anonymity, said her son would be able to graduate but it would be without many of his fellow students.

"Obviously it's put a total dampener on the whole ceremony. These students have got bonds over the last five years and need to keep those bonds going in order to be effective practitioners and support each other," she said.

"I think it's ostracising some students unfairly when it was obviously the university's system that let them down and the individual students have been the ones who have taken the fall."

The university investigation found one in five of its final year medical students across the Wellington, Dunedin and Christchurch campuses did not meet its attendance requirements.

The students did need to be punished and made to reflect on their actions, but stopping them from graduating was overkill, she said.

"To say on one hand, yes, you can graduate. You can become a doctor next week because we need you working in the hospitals, but actually you're not going to be able to stand on the stage and get recognition for the five years work and study that you've done with your colleagues.

"I think that's appalling, it's making these students into scapegoats."

Many medical professionals were horrified by what had happened, she said.

"I think that everyone feels quite sick that these students are being made to take the blame for what is a well-known and well-documented and evidenced process that's been going on for years."

A practising GP for more than 30 years was concerned the students may be outed when graduation day comes around.

Each ceremony features a graduand booklet, listing who is being awarded their degrees on the day and who will get their degree in absentia.

He said that could be used to identify those being punished for abusing their placement or could mean other absent students were painted as guilty if it wasn't handled carefully.

"If the large group of trainee interns is listed as in absentia, then that does become very, very long-term public record. While not denying the fact that they have acted very, very inappropriately, it does raise the question of is theirs some sort of punishment disproportionate and very long term to what they have actually done," he said.

The students should not be the only ones to bear the blame, he said, as the university either did not know about the placement issues when it should have or failed to act if it did.

The University of Otago said its latest inquiry would look at the placement issues from previous years and how the issue flew under the radar, but it needed to act when concerns were raised about this year's cohort.

It was yet to work out the finer details of the graduation ceremony, but it would ensure student's confidentiality, the university said.

"when it was obviously the university's system that let them down'

You're kidding right. The system may not have been working properly, but these students still made a conscious decision to rip the system off. They have no one to blame but themselves and they need to man up and take their punishment.

The entitled not getting their way?

They, the affected students, have let themselves down first and foremost. They have also let the credibility of their university and the NZ taxpayer down. They themselves need to take the responsibility.

Just posturing from the med school. They knew all along, facilitated it, and are now trying to save face.

So the defense for; obtaining by deception, falsifying official/legal documents, and fraud is ...
"it is the universities fault and/or nothing to see here, students have been doing this for years"

In the real world these are crimes that you can go to jail for (and yes they are deliberate crimes and not the result of being naive, having a brain fart or just poor judgement). TBH I am not feeling very sorry that the poor little dears are going to miss their graduation with their "honest" mates.

Professional bodies censure/kick out members that are found guilty of such things, no difference here.

Oh, poor little darlings lied and got caught out. The system didn't fail these people, their dishonesty and sense of entitlement did. If others got away with it before, shame on them. That these people got caught? About time. And if they're being made an example of, well, welcome to the real world kiddies. It ain't fair. Get over it.

The entitlement, arrogance and lack of contrition on display is almost worse than the original fraud!

Is she serious?. My god what an entitled and elitist view. She reflects more poorly in the profession than those students do.

Fraud is fraud, no matter how you look at it. Medical students or local business man !