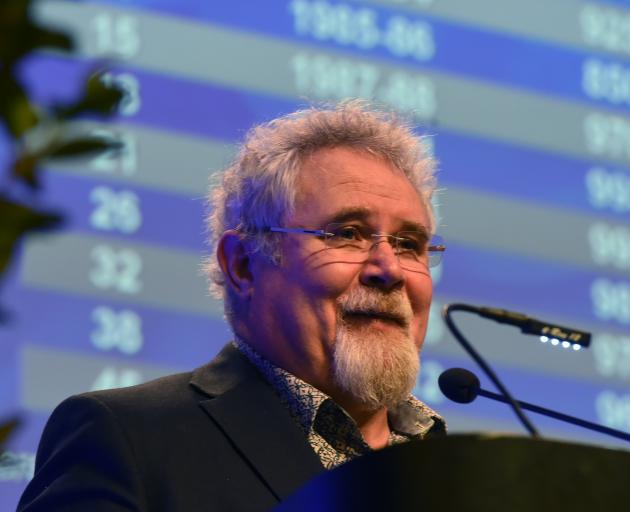 Prof Richie Poulton. Photo: Gregor Richardson
The much-acclaimed Dunedin Study has received another accolade, its leader, Prof Richie Poulton, being awarded one of the University of Otago's most prestigious prizes, the Distinguished Research Medal.

The Dunedin Study has followed the development of 1037 people born in the city in 1972, and provides valuable data for researchers around the world.

More than 1300 publication and reports have used information derived from the study.

Prof Poulton's association with the study began in 1985 when he was employed as a research assistant and interviewer; he has met virtually every study member since joining the project permanently in 1995.

Prof Poulton was appointed director of the unit in 2000.

"What we are now seeing more clearly than ever is differences in people's life trajectories, but the exact nature of what explains these differences is only now being properly investigated," he said.

"Much of the research we undertake explores the links between our younger selves and later life trajectories, and I think I am the instantiation of the idea that it's possible to connect the pieces between childhood and adulthood."

The Distinguished Research Medal rewards outstanding scholarly achievement that leads to significant advances in activities of the university.

Prof Poulton said receiving the medal was a great honour.

"I've been comfortable with holding myself to account according to my own internal standards, but receiving this award ... provides encouragement to do more of what I'm doing," he said.

"My goal is to make sure as much of what we do ends up helping people, so this award says righto, get on with it and make the most of the opportunities ahead."