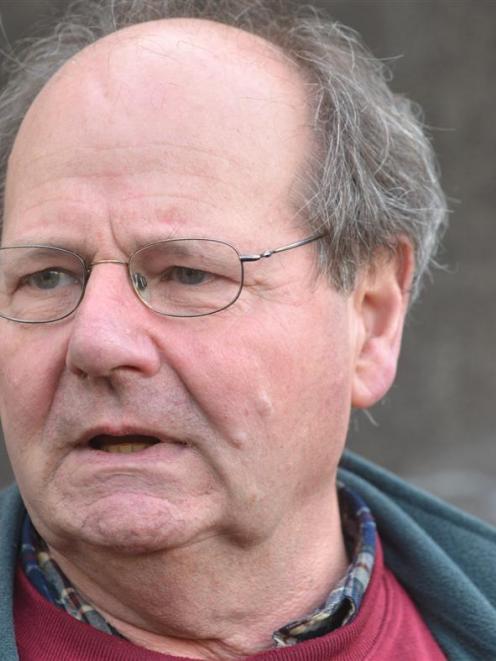 "There will be absolutely no alternative for the patrons of the theatre from walking about half a mile from the nearest other public car park" - Bruce Collier.
Opposition to the Dunedin City Council's sale of millions of dollars' worth of surplus land is growing, with the second recent sale to emerge infuriating a nearby community theatre.

The Mayfair Theatre, in South Dunedin, learnt yesterday an adjacent public car park used by patrons is for sale, with tenders closing in four days.

Theatre manager Bruce Collier described the news as ''a kick in the guts'' for the small charitable trust that runs the theatre.

The issue follows anger from Caledonian Bowling Club members, who last Friday learnt the council will sell the Andersons Bay Rd land the 135-year-old club is on.

The council yesterday admitted the theatre should have been informed before the ''for sale'' sign appeared in King Edward St.

The council plans to sell surplus land and property over the next two to three years in a move expected to raise about $10 million.

About 150 surplus parcels of land and property are planned for sale.

Many are smaller pieces of land bought to widen roads, or unneeded land near reservoirs, but there are also larger blocks at Logan Park and the bowling club.

Money raised from the sales, approved by delegation to council chief executive Sue Bidrose, is to be used to reduce council debt.

The council said earlier this year a list of the properties would not be made public because of commercial sensitivities.

But any potentially contentious sales would be brought to the council first.

But Mr Collier said he knew nothing of the public car park sale until a ''for sale'' sign went up about 11am yesterday.

Mr Collier said one of criticisms of the Mayfair - something out of the theatre's hands - was the lack of nearby parking.

''The council is going to remove the last remaining 20 car parks, and there will be absolutely no alternative for the patrons of the theatre from walking about half a mile from the nearest other public car park.''

There was only limited parking in nearby streets, he said.

After the council learnt of Mr Collier's concerns, acting chief executive Tony Avery said the Mayfair was supposed to have been informed.

''Something fell down,'' in the process, he said.

Since the issue came to his attention, he had called Mr Collier, and asked him to detail his concerns in an email or letter.

The council would consider those, and did not have to accept any tenders for the land.

Mr Avery said he was not aware of any other contentious sales coming up.

Mr Collier said knowing a mistake had been made was ''cold comfort'', and he would be putting the theatre's concerns to the council.

Some in the trust believed the theatre had an agreement with the council about the car park when Rankeilor St, behind the theatre, was closed.

The Mayfair Theatre Charitable Trust's lawyer was looking into that.