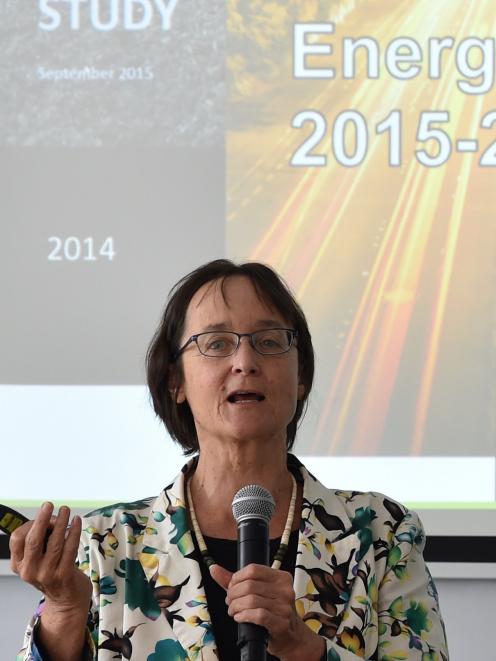 Prof Stephenson, who directs the University of Otago Centre for Sustainability, told about 50 people at a university energy symposium that the city’s recent energy trends had been mainly adverse.

She based her comments largely on the centre’s recently-released annual Dunedin Energy Study, which was funded by the DCC.

In her talk at the Otago Energy Research Centre’s latest symposium on campus, she said that in the financial year to June last year, fossil fuel use, particularly diesel fuel, had increased, and greenhouse gas release was also up.

"A lot of that has been driven by the rise in diesel," she said.

Some positive developments had included increased use of solar panels and electric vehicles, but these were outweighed by some more adverse outcomes.

She agreed with a later questioner that increased electric bike use was significant, and better health could result.

The latest centre annual energy report showed that the 2030 carbon-neutral goal would not be reached automatically, but would require specific policies to reach the target.

Ultimately a "huge amount of work" was required, including to develop policies aimed at achieving the target, as well as "city-wide collaboration".

The data for 2018-19 showed the city’s energy consumption continued to rise, at a rate higher than the city’s population growth and economic growth, she said.

We had better stop building the hospital then.
It is going to require massive amounts of concrete and diesel just to build the shell.
Those new cycle ways around the harbour wouldn’t have helped getting our diesel use down neither.
Oh, then there is the busses. Still using diesel I believe but there is some hope on that one. There is an Auckland company building electric 40 seaters and one of them is going to Sydney for trials. Has the DCC contacted them?
Aurora want to upgrade their network. That needs to be stopped unless they can do it without diesel, steel, concrete and cable.
That pumped hydro idea needs to be stopped too, for the same reason.
Gosh, have looked into how much energy goes into building a house. Maybe we could do an audit on the existing housing in DN and check it is being utilised to its maximum so the Uni doesn’t need to build another hall of residence out of concrete, steel and glass.
I’d suggest we start with all households with an income over $100k, as they are most likely to have additional space.
What do you think Dr Janet, would you like to set an example and lead the way ???