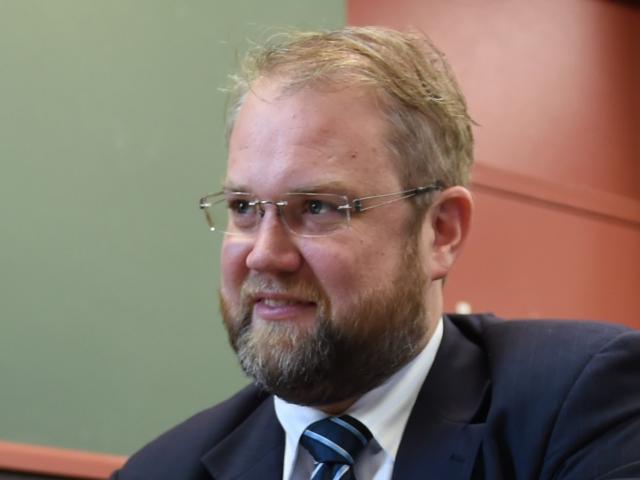 Warren Forster
A precedent-setting judgement in a Dunedin court case is likely to usher in future improvements, but more needs to be done to overcome other court cost barriers to justice for ACC claimants.

That is the view of Dunedin lawyer and ACC issues researcher Warren Forster, who represented former University of Otago student Sarah Dickson-Johansen in a recent hearing over disputed court cost issues.

In late 2016, Judge Grant Powell had earlier allowed an appeal by Ms Dickson-Johansen, in the District Court at Dunedin, that she was entitled to weekly compensation for periods of incapacity caused by a back injury.

Judge Powell had also ruled she was entitled to costs and gave the parties leave to come back to the court if costs could not be agreed.

Mr Forster said the district court had subsequently upheld an appeal from Ms Dickson-Johansen over costs, and had awarded higher than usual ``scale costs'' against the ACC, for the first time in the scheme's history.

Judge Powell said a total of $5963 should be paid by way of costs, together with ``reasonable disbursements'' from ACC, in respect of the ``successful appeal'' in this case.

The judge added that ``there is much merit in Mr Forster's submission that a successful claimant should not be out of pocket at the conclusion of the appeal process''.

ACC did not expect the financial effect on the total cost of appeals cases to be significant, Mr Funnell said.

Mr Forster said New Zealand had ratified the UN Convention on the Rights of Persons with Disabilities.

Accordingly, it was unfair that ACC claimants might have to pay $10,000 in legal and other costs in order to have an ACC decision overturned on appeal, but the usual restrictions on costs in ACC cases usually meant that claimants received only about $3000, Mr Forster said.

In this area of the law, there was a ``consistent thread'' that suggested that ``when you take on ACC, even when you win, you lose'', Mr Forster said.

There had previously been ``no principled reason'' for maintaining the $3000 restriction on an appellant's costs in ACC appeal cases, and the court had now said ``that this approach is wrong'', he said.

Referring to the ``scale costs'' finding, he expected ``that this will become the accepted approach'' in future.

Mr Forster said the court decision had provided a ``crucial'' part of the solution of cost-related barriers to justice over ACC cases.

But more action was also needed by the Government, including to ensure that all of the recommendations of the earlier Miriam Dean QC report into ACC justice-related issues were fully implemented, he said.