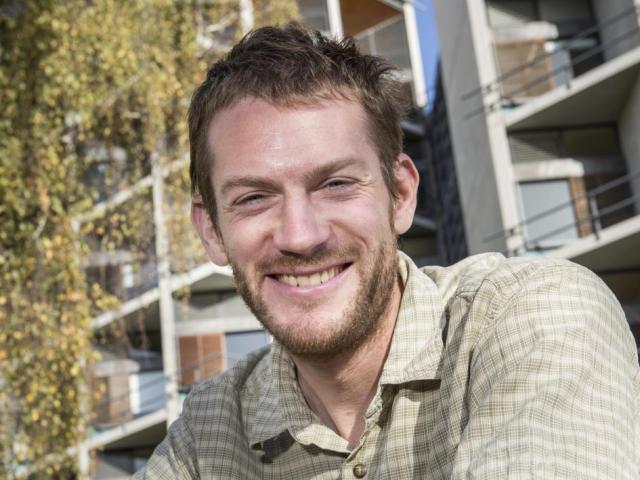 Prof Michael Plank. Photo: supplied
A trifecta of big events in Dunedin is set to provide the busiest weekend in years, but a Covid-19 researcher is reminding people not to become complacent as the possibility of a second wave sits on the horizon.

The All Blacks face off against Ireland next Saturday night and that lines up with the Dunedin Midwinter Carnival at First Church and the Winter Octafun in the Octagon.

It also comes as University of Otago students return to campus for their second semester.

It will lead to massive crowds in the heart of the city.

University of Canterbury mathematics and statistics professor Michael Plank said while the events were big, they were outdoors and were a lower risk than indoor events.

However, many would head to bars or out to eat before or after the events, where Covid was far more likely to spread.

This was especially true in winter, when people often closed doors and windows to keep in the warmth.

It was the perfect environment for the virus to spread, he said.

People should be able to enjoy themselves, but they needed to be mindful that Covid was still in the community and there was evidence to suggest a second wave was coming.

It was important to remember the risk was still there and to take the necessary precautions, such as wearing a mask indoors, using Rat tests and people should stay home if they felt unwell, Prof Plank said.

The city’s hospitality industry is preparing for a huge influx of customers. After two tough years, bars are looking forward to a busy time.

The bar would be operating an extended outside area, which would help staff manage orders inside and help reduce the spread of Covid. The majority of seating would be outside.

It would be too difficult to police things such as customers wearing masks, which was another benefit to having tables outside.

The business needed all the hands it could get and was even flying a former staff member down from Auckland to help out.

All of the test matches this year had been big, but the combination of events would help increase traffic even more.

Alhambra Oaks Motor Lodge part owner and manager Carolyn Murray said most motels had been booked out for weeks.

She spent a lot of time yesterday dealing with callers looking for last-minute accommodation.

The event would be amazing for the city.

Big events were important, but the number of customers was still low compared with 2019.

"We still haven’t got anywhere near back to normal."