Caversham community in on the action 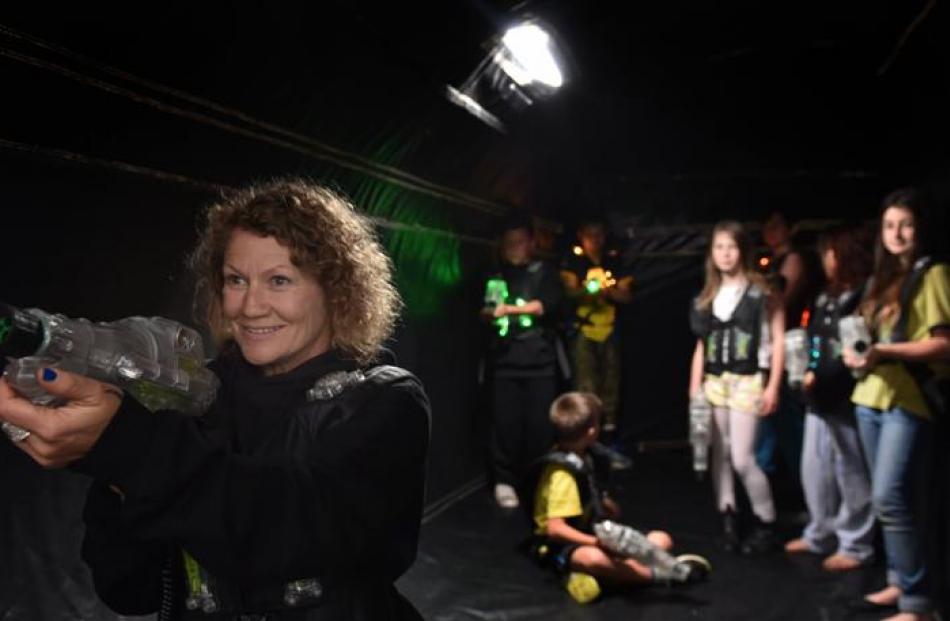 Tarn Felton aims her laser in a Megazone game tent at the Caversham MoveMe event at Carisbrook School on Saturday. 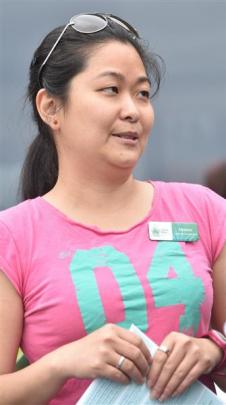 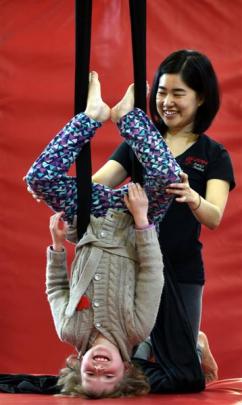 Georgia Hourigan (8), helped by Brophy Aerial Studios' May Pilanthananond, finds herself on her head at the MoveMe event.

The Caversham community came out to move, mingle and appreciate art and music on Saturday at three events in the southern suburb.

A MoveMe event at Carisbrook School encouraged residents to get active in the suburb, with events at the school, and a map produced to show what was on offer in Caversham.

That included everything from petanque to exercise classes to zumba for children to the Caversham Walking Group.

An aerial skills group and laser game tent were enjoyed at the school on Saturday.

Community development co ordinator Noora Frantz said there was a good turnout for event, organised with the Caversham Community Group.

At the site of the former Carisbrook stadium, Dunedin artist Aroha Novak had created temporary art installation The Brook Project, which will be on display for eight days.

The installation included more than 100 embroideries relating to the economic, social and political history of the Carisbrook site. They were attached to the wire fence that surrounds the site.

About 60 people turned out for an event that featured everyone from Tahu and the Takahes to the St Kilda Brass Bandits, who used items including road cones to make their music.

Ms Novak said she was pleased ''all these people have come together to help produce this vision that I've had''.

A night market with 30 stalls was held late in the afternoon.