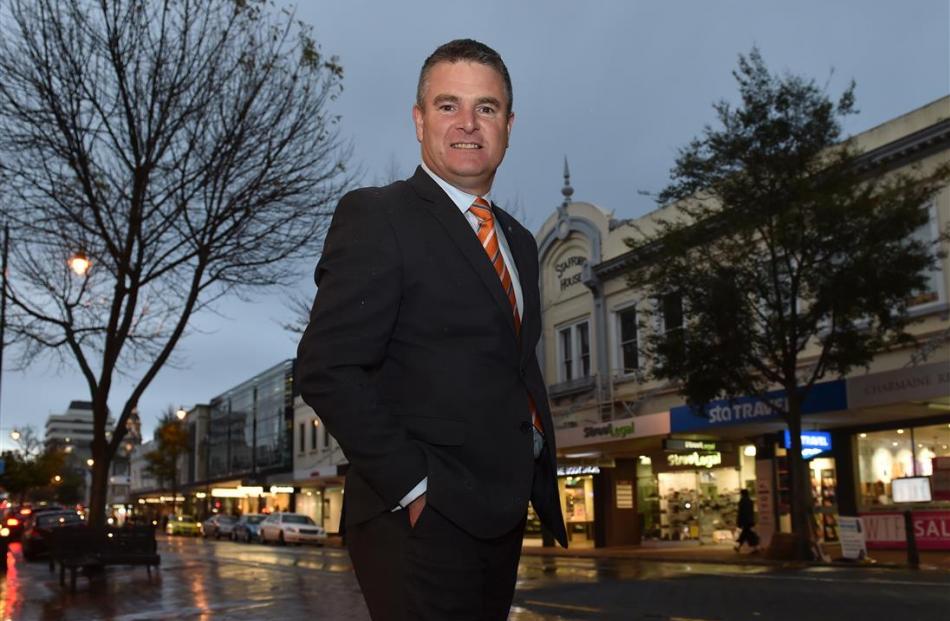 Dunedin's heart is in for a jump-start after entrepreneurs, business owners and city officials gathered at Meridian mall last night, keen to hear a proposal for a revitalised CBD.

The group aimed to revitalise the city centre, which has been described as "tired and dead''.

It planned to encourage Dunedin residents and visitors back into the CBD for shopping and entertainment by creating a "vibrant and dynamic city hub''.

Mr Wilkinson, of Wellington, said Dunedin's "time had come'' and people needed to put their weight behind what would be a collaborative venture involving building and business owners along with the Dunedin City Council and other city organisations.

"Places like Dunedin need to make some audacious moves.

"It's got to be a place where people are comfortable spending.

"The key item ... is about having centre-city guardianship,'' Mr Wilkinson said.

He pointed to places such as Wellington and Queenstown, which had a mix of retail, cafes and restaurants all in close proximity, allowing for more engagement from residents and tourists.

Having a digital presence was a big part of that revival, he said.

A recent example of successful reinvigoration of a CBD was in Gore, where retailers had experienced a shift in spending from locals to people with "different accents'', he said.

"The key thing we are really trying to do is get some enthusiasm towards it,'' Mr Wilkinson said.

"The sector is well-resourced and capable.

The strategy around revitalising the CBD would come later, he said.

Rata Jewellery owner Keith Clifford said he had a "pretty keen interest'' in how the city centre would develop and was keen to bring in more people.

Co-ordinator of the launch and general manager of the Golden Centre mall Simon Eddy said it was the beginning of some big plans for the city.

"The CBD is the front door of Dunedin and we simply can't afford to rest on our laurels.''