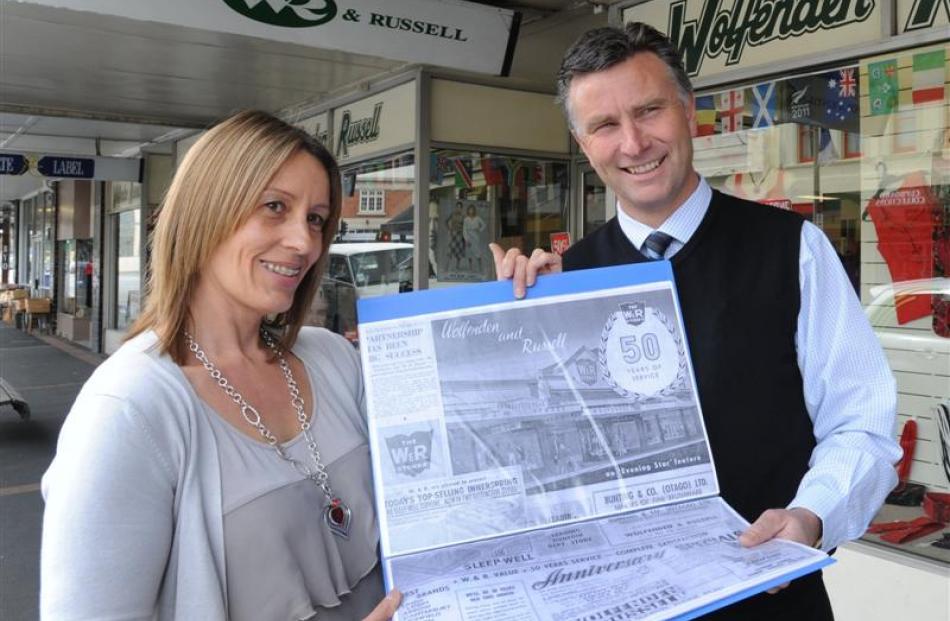 It has been a South Dunedin institution for the past 100 years, but the future of Wolfenden and Russell will hold some challenges, owner Gary Roberts says.

The clothing store celebrated its centenary late last month and, while Mr Roberts was enjoying celebrating the store's success, its premises raised some concerns.

"We've got practical issues around the age of the building. The experience of the Christchurch earthquakes is creating ripples which we are going to feel in years to come," Mr Roberts said.

With insurance rates set to increase, particularly for older buildings, he questioned whether he should spend more money enhancing the store.

"At this stage, we are what we are. We know there is a wave coming and it's just one of those costs that you have to base your business around."

Wolfenden and Russell had "constantly moved with the times" and had "expanded and retrenched" from several stores back to one over its lifetime.

When asked if he would consider moving the business to a newer building, he said it would only be considered as a "last resort".

Another challenge for the store was the internet.

Mr Roberts began working in the store 19 years ago as a manager, bought it about nine years ago and loved that it remained a family-owned business with strong customer service values.

However, he knew how popular shopping on the internet was and said the business had to remain "relevant".

The rest of South Dunedin also needed to stay relevant, he said.

"Rejuvenation would be great."

He believed the area needed to be attractive to new tenants, but was concerned decisions about resource consents made that difficult.

The building beside the store was set for demolition as "significant water issues" had become too expensive for the owner to repair.

The site would be perfect for Warehouse Stationery, which was seeking new premises, but he believed the company was more likely to push the Dunedin City Council's annual plan boundaries to establish elsewhere, as happened with the South Dunedin Warehouse.

Despite all that went on around them, the store's co-owner, and Mr Roberts' wife, Janine Roberts said the "South Dunedin institution" was there to stay.

"We do hope Wolfenden and Russell will be here for many, many years," she said.