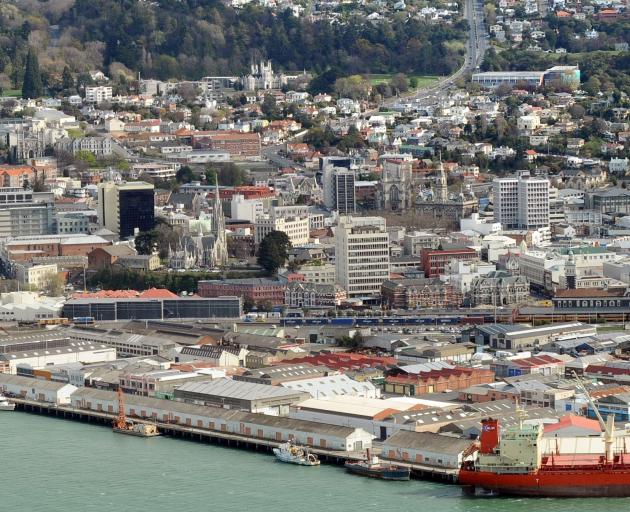 Photo: ODT files
The Grow Dunedin Partnership, the group behind Dunedin’s 2013-23 economic development strategy, could be in for a revamp.

The Dunedin City Council’s economic development committee will consider updated terms of reference for the partnership group on Monday.

A report to the committee says the Grow Dunedin Partnership was established to "develop and support the work of the Economic Development Strategy 2013-2023 including prioritisation of projects that support the vision and goals of the strategy".

Concerns about the partnership, which includes the council, Otago Polytechnic, University of Otago, Otago-Southland Employers’ Association, Otago Chamber of Commerce and Ngai Tahu, were highlighted in a review of Enterprise Dunedin, the council unit responsible for economic development and marketing of the city, by consultants Martin Jenkins.

The 2018 review of Enterprise Dunedin came after Larnach Castle director Norcombe Barker blasted its performance, particularly in the tourism area, as an "unmitigated disaster" that had cost the city "tens, if not hundreds, of millions of dollars" in lost revenue.

In its review Martin Jenkins also said there was a lack of true tourism sector representation on the Grow Dunedin Partnership.

"Addressing the current lack of tourism expertise and skills, specifically at a management level, should be a priority."

Martin Jenkins was further commissioned to undertake interviews with partnership group members and propose an updated terms of reference for the group that incorporated the recommendations referred to in the review of Enterprise Dunedin.

The report to Monday’s council committee meeting said the council was the last member of the partnership group to consider the recommended updated terms of reference.

If the council adopted them, the partnership group's next steps would include advertising and recruiting new independent members for the partnership to "ensure sector representation and expertise" , selecting and appointing an independent chairman for an initial two-year term, present an annual report outlining a statement of priorities, and updating the council's Economic Development Committee half-yearly.

Why do business keep thinking it is the city council's job to promote tourism? On the one hand, business leaders complain about rates rises and council spending on "unnecessary" things, but on the other, they want the council to subsidise their marketing budgets? Of course, I get being miffed when the council charges for marketing the city and then makes a mess of it. But seriously, it would save a fortune if Enterprise Dunedin was just shut down and the council left businesses to do their thing.