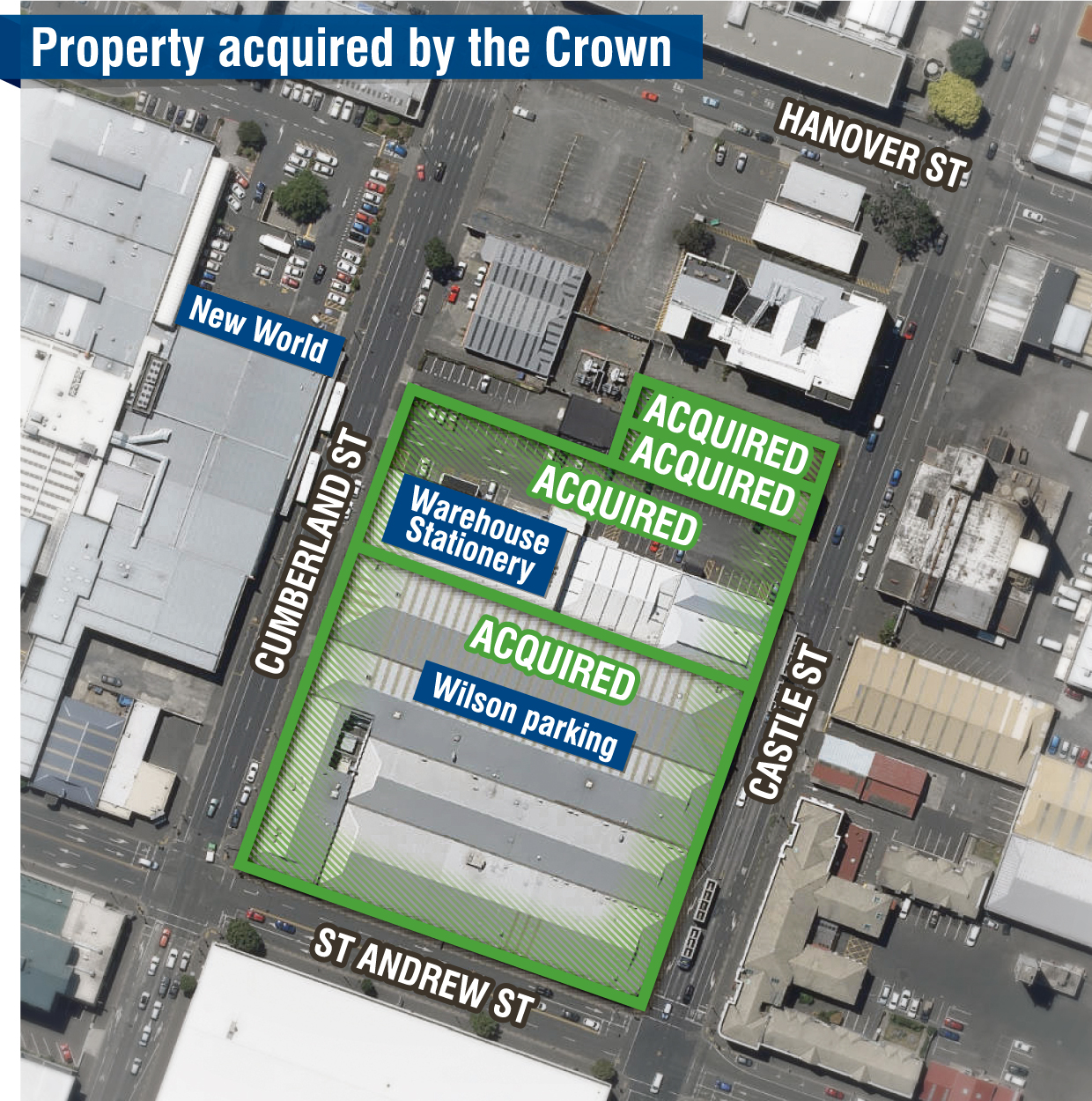 The demolition contractor for the new Dunedin Hospital site was announced yesterday as the Ministry of Health also confirmed it had acquired almost all the land needed for the $1.4billion project.

Christchurch construction and demolition firm Ceres Ltd, which played a leading role in clearing Christchurch sites following the major earthquakes there, would both demolish the buildings and clear the site, Health Minister David Clark said.

“By New Zealand standards this is a large and complex project.

"The nature of the site requires consideration of a range of issues, including traffic management and safety, impact on neighbouring properties and businesses, disconnecting and rerouting on-site utilities and removal of hazardous materials such as asbestos."

Work will start almost immediately as the Dunedin City Council has granted consent.

Ceres project engineer Swaroop Gowda said tearing down the former Cadbury factory was a 12 to 18-month contract, and probably the biggest ground demolition contract to have been let in New Zealand.

"We are excited to be part of the new Dunedin Hospital," Mr Gowda said.

"Our intention is to train local people. We will be bringing in experienced people from Christchurch and Wellington and then we will recruit a local workforce and train them in demolition methods."

Ceres was already carrying out major demolition work in the Invercargill CBD, and staff would be be redeployed from there to Dunedin after that project finished, Mr Gowda said.

Ceres had worked closely with the design team planning the hospital build programme so that the demolition timetable met the needs of a building schedule which will result in an outpatient and day surgery building being erected first, followed by the main hospital block.

Cadbury’s distribution warehouse in St Andrew St will be the first building pulled down, after which the interiors will be stripped out of all remaining Cadbury buildings.

The focus will then switch to the current Wilson’s Parking site on the other side of St Andrew St, where all buildings owned by the Ministry of Health will be levelled.

That will be followed by demolition of the remainder of the Cadbury site, subject to resource and heritage consents.

Demolition at the Cadbury site would be done in stages, and debris would be directed towards the interior of the site to minimise disruption to traffic, Mr Gowda said.

"We are going to keep the concrete slab for as long as possible because that will act as a good staging area."

Cranes would be positioned in the centre of the Cadbury site for when work began to take down the landmark silos.

"We will scaffold and then use cutters and cranes to reduce their height by about two storeys.

"We will then take them down with the rest of the buildings."

Noise and vibration would be carefully monitored, Mr Gowda said.

While no issues were expected, work would stop immediately if there were, he said.

The warehouse demolition consent predicted work would take 20 weeks, demolition to be permitted between 7.30am and 6pm from Monday to Saturday. No works were allowed at night or on Sundays or public holidays, unless it was an emergency.

Dr Clark also announced yesterday the Ministry of Health had now acquired the Wilson’s site in St Andrew St, meaning much of the land earmarked for the $1.4billion project had now been secured.

Still outstanding from the properties confirmed in May 2018 as being needed for the project are a parcel of land in the centre of the Wilson block owned by Aurora Energy, and two properties at the northern end — University of Otago hostel Te Rangi Hiroa College and the VTNZ site and neighbouring land owned by Otago Land Group Ltd.