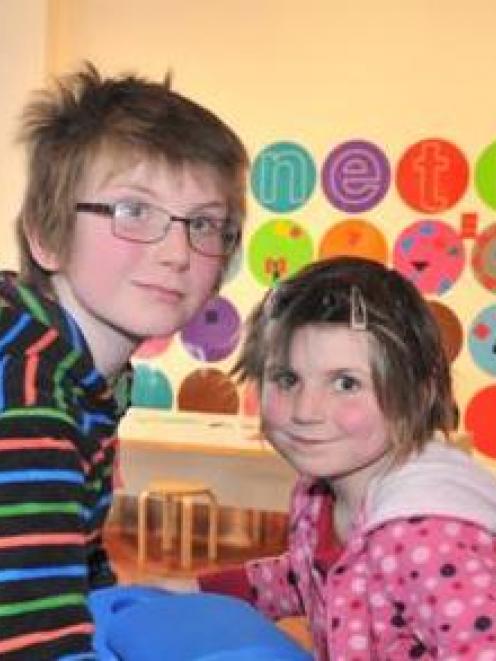 Bradley and Ellen Livingstone. Photos: ODT photographers
A small school community is mourning two "happy and content" children who were gunned down in their Dunedin home last night.

Brother and sister Bradley and Ellen Livingstone, aged 9 and 6 respectively, were killed after a man - believed to have been their estranged father - barged into the St Leonards property armed with a shotgun.

The 51-year-old Milton man was later found dead in the same house with the children by the Armed Offenders Squad, who were called to the scene around 9.55pm.

Police say they will not name the dead man as they need to contact relatives overseas, but they did confirm he was the estranged husband of the woman living at the address and that their relationship ended in May last year.

Neighbours told how they heard screaming and gunshots before an "eerie silence", while others said the man had threatened to kill the family on previous occasions.

He breached two protection orders in place against him last winter, it has been confirmed.

Today the close-knit St Leonards community and the local primary school were in shock following the deaths, which police are treating as a homicide. 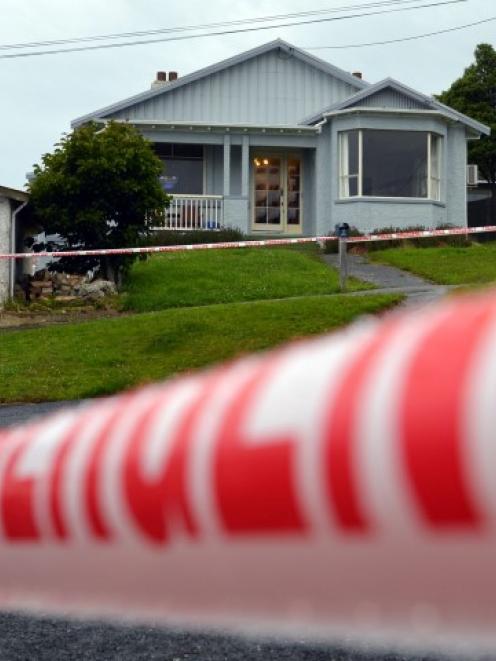 The house in St Leonards remained cordoned off today.
A tearful principal of St Leonards School, Jo Wilson, described it as "horrible" news which had come as a blow to the close-knit community.

She said she had spoken to Bradley and Ellen's mother Katharine - who was forced to flee the family home when the shootings took place.

"She's going to let us know, when she's sorted everything out, what she wants the school to do [as a tribute]," Ms Wilson said.

"We will be doing something for them but we want to talk together [with Ms Livingstone] and see what we can do."

The school has been open throughout the day to offer support for pupils and parents, and has received help from the Ministry of Education and police, she said.

"Really it's a matter of one day at a time now, so we can see what everybody needs," Ms Wilson said.

"The whole community is going to remember them, they're part of a bigger family."

Ceri Warnock, chairwoman of the school's board of trustees, said half of its 72 students had come in today to pay their respects.

Close friends of both victims attended, she said.

"Some were very emotive and expressive in their grief, others were very resilient. Most just wanted to see their teachers and hug them," she said. 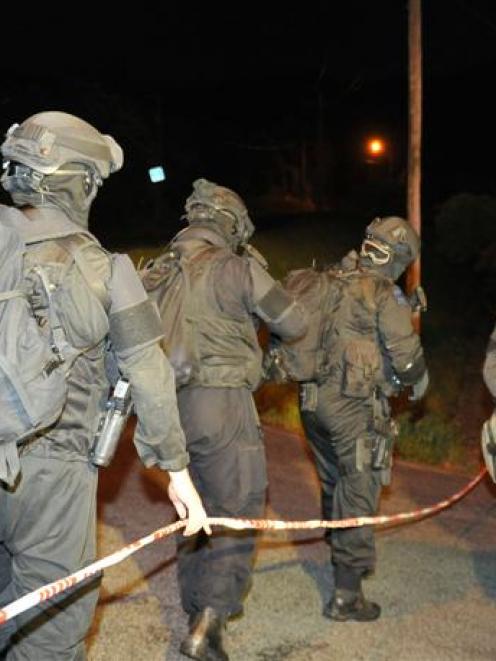 The school had contacted every family after receiving the news.

At the scene of the shootings people have begun to pay their respects to the murdered children, with flowers being left outside their Kiwi St home.

A man, who identified himself only as a family friend, was visibly upset as he laid flowers this afternoon.

One described the children as "nice little kids", with Bradley "always looking out for his little sister and walking her to school".

The neighbour heard screaming last night and a man she now presumes was her other neighbour yelling, "Don't aim that gun at me".

She then heard a single gunshot, followed by "an eerie silence", during which they locked their doors and turned the house lights off.

It took an hour for AOS to secure the area, she said.

"It's just so very sad, especially the kids. Tragic."

Earlier it emerged that a distraught Ms Livingstone had fled to a neighbour's home during the incident, and after hearing a number of gunshots, the neighbour's husband ran to the house to confront the shooter.

He attempted to wrestle the gun from him but was unsuccessful. Shots were fired into the air, and the neighbour was forced to retreat, Radio New Zealand reported.

"She said it was a horrible situation and her husband ... had to retreat and feels terrible about doing so," RNZ's reporter at the scene said.

Meanwhile, the dead man has been confirmed as a Corrections Department administration employee.

His data entry role, which he had held since 2007, did not involve interaction with prisoners, Mr Lightfoot said.

Corrections was aware of the charges he faced last year and dealt with the matter "as any responsible employer would".

"Our thoughts go out to the family and friends of the murdered children," Mr Lightfoot said.

"The impact on our staff is very significant. We are making sure we're providing support."

Prison staff had been offered the option of leaving work or not coming in "due to the circumstances", a Corrections spokeswoman said.

It was unclear how many staff members had taken up the offer.

Police said they expected over the next couple of days to complete a scene examination at the address.

Police, together with ESR who arrived from Christchurch this morning, spent today conducting a scene examination.

It was expected the bodies of the man and two children would be removed this evening and taken for a post-mortem examination.