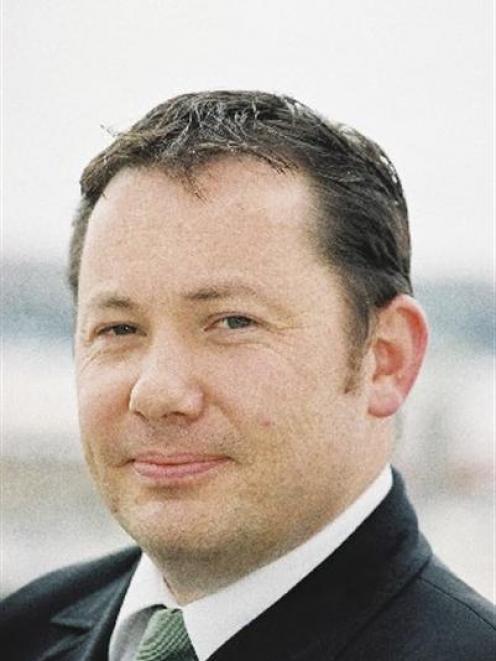 John Christie
The Otago Chamber of Commerce says Dunedin Mayor Peter Chin has got it wrong on the question of whether or not the council can discuss with the chamber its proposed rezoning of the harbourside industrial area.

Chief executive John Christie has provided the Otago Daily Times with a legal opinion which says the council "is probably obliged" to discuss the matter.

The chamber is one of six organisations appealing the council's "plan change 7: harbourside" to the Environment Court, where the matter is in mediation.

Mr Christie said last week it had attempted to arrange "an audience" with the council, but was turned down.

Mr Christie responded yesterday that he could not understand "why the mayor made those comments".

"It just doesn't seem to line up with the legal advice that we've got."

He said the council had the ability to "not only discuss this with us, but they also have an obligation under the [Resource Management Act 1991]."

In the legal opinion, Phil Page, of Gallaway Cook Allan, noted there was a view the council was not free to discuss or reconsider its position.

"Our examination of the Act demonstrates that the concern is unfounded."

Mr Page pointed out that in clause 8D of the first schedule of the Act, there was "explicit provision" for proposed plans to be withdrawn or changed.

Clause 8D says, in part, "the local authority may withdraw its proposals to prepare, change or vary the policy statement or plan at any time" prior to the commencement of a hearing.

Dunedin lawyer Steve Rodgers, of Rodgers Law, sided with the chamber in an email to the ODT yesterday.

"It is amazing that [Mr Chin's] refusal to discuss this is on the basis that it is sub judice.

"As a senior and experienced lawyer in our city, our mayor should know better."

Mr Chin said yesterday he had not seen the legal opinion and therefore had no comment.

"New Zealand is the second least corrupt country in the world and one of the reasons, in my personal view, is because generally speaking our planning processes do not become politicised."

The actions of the chamber "brought into question the credibility of the processes and the confidence people can have in them," Mr Harland said yesterday.