Chopper wreckage to be recovered 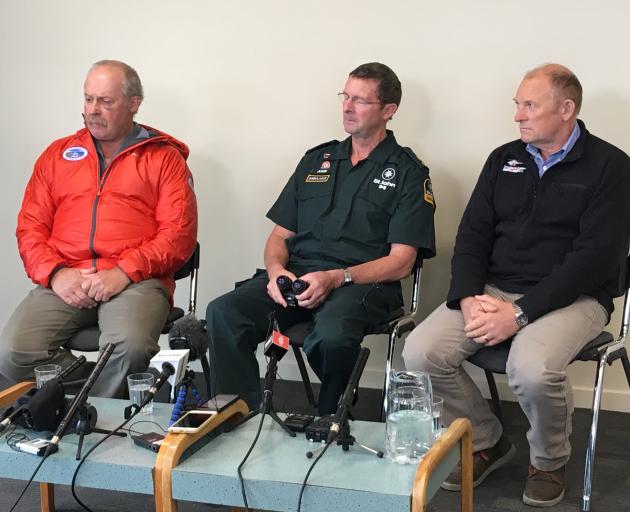 Winchman Lester Stevens (from left), paramedic John Lambeth and pilot Andrew "Heff" Hefford survived the helicopter crash. Photo: Guy Williams
The wreckage of a helicopter which plunged into the Southern Ocean last month with three crew members aboard will be retrieved from the ocean floor, but investigators say it is unlikely to reveal any clues.

The Transport Accident Investigation Commission has given permission for a third party to recover the Southern Lakes helicopter wreckage from the bottom of the sea near the Auckland Islands.

All three survived the crash and swam to nearby Enderby Island, where they spent the night before being rescued the following day.

Operations manager Lloyd Matheson said a salvage operation would take place when the weather permitted it but there was no set date.

The Department of Conservation had requested the aircraft be removed from the protected marine environment, Mr Matheson said.

Three or four contractors had already approached the company about being involved in the recovery, he said.

Commission chief investigator Tim Burfoot said permission had be given to allow the wreckage to be recovered.

Once the wreckage was on land, the commission would likely retain the helicopter, though it was unlikely to provide many clues, Mr Burfoot said.

For the purposes of the investigation the wreckage was not as important as the evidence provided by the men, he said.

"There are no recorders on board which would give us any clues and, as always when you've got survivors you can talk to, you can get a good idea of lines of inquiries that you want to follow."

He declined to comment on what the investigation had found so far or what might have caused the crash.

It would take 12 to 18 months to finish the investigation.