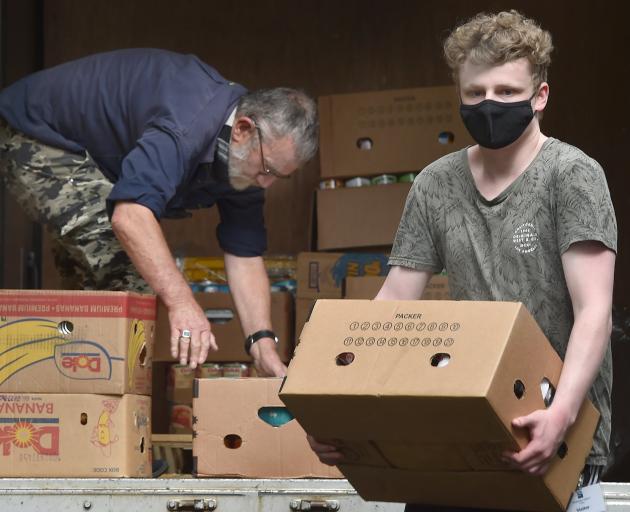 The community responded, holding countless can drives and donation appeals that have helped bolster reserves.

However, as demand continues to rise and the expensive Christmas season rapidly approaches, there is still concern about meeting the city’s need.

Presbyterian Support Otago practice manager Deb Gelling said it was in a much better position than last month, and the community support had been

From next week onwards there would usually be an increase as well, as Christmas approached and school holidays began, she said.

The city’s annual Christmas can appeal usually boosted foodbank reserves for the first few months of the new year, but was this year cancelled because of Covid restrictions.

‘‘At this stage we’re a bit worried about what that’s going to look like. We’re OK now but is that going to last?

‘‘We don’t want to continuously be asking the community for food either; it’s a difficult position to be in.’’

There would be a can drive in the Octagon this Friday, between 7.30am and 2pm.