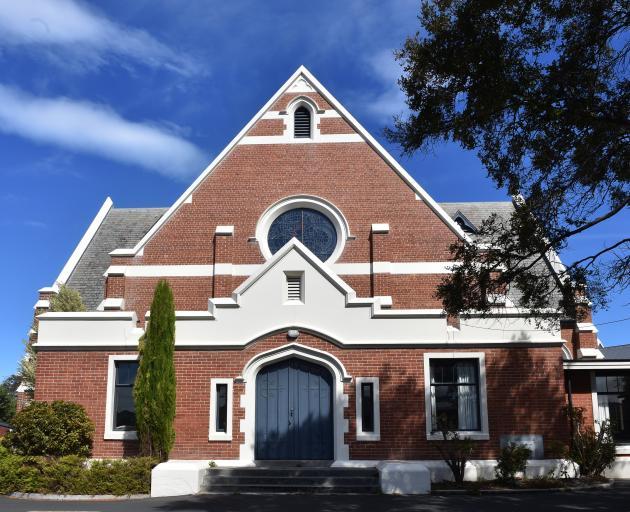 The Highgate Presbyterian Church in Maori Hill. Photo: ODT files
Two brothers fighting to stop the demolition of a historic Dunedin church have been warned they could face legal action if they continue to publicise "misinformation''.

Dunedin heritage developer Stephen Macknight and his brother Richard are trying to convince the Presbyterian Church to halt its planned demolition of its church in Maori Hill.

They have offered to pay for a full engineering assessment of the building, which has not been accepted, leading them to publicly question the reasons for the demolition.

The church argues its shrinking congregation, of mainly older people, is no longer able to maintain the building, which requires expensive work to earthquake-proof it.

Last week, the brothers received a letter from Anderson Lloyd partner Frazer Barton on behalf of the church asking them to stop publicising misinformation about the situation.

The letter says the church had not misinterpreted the engineering reports and it did not need to seek any additional assessments to what had already been done.

It asked that all incorrect information be removed and failure to comply could result in further action.

Richard Macknight said the letter showed the church was trying to silence any opposition to the demolition.

None of the information that had been posted online would be removed, he said.

An offer has also been made to Highgate Presbyterian Church minister the Rev Geoffrey Skilton to speak at a public meeting being held at the Maori Hill Coronation Hall tomorrow night.

Mr Skilton would not comment on the letter but said he would consider the invitation today.

"We are aware this is a landmark building for many in the community and so we considered if it was still a building fit for purpose.

"Now we're looking forward to a fresh start and a fresh look at what is fit for worship and a community for today and into the future.''

Plans for the demolition were continuing, he said.

Once the church was demolished, an office building on the land would be kept in church ownership.

The real reason the churches within the PCANZ are emptying is that the ministers and people no longer preach the whole gospel of Jesus Christ. The Maori Hill church until fairly recently was a light set on a hill but is suddenly in the same boat as Anderson's Bay, North East Valley, South Dunedin and many more around the country.

Cease and desist, or it's Hard Knox for you.