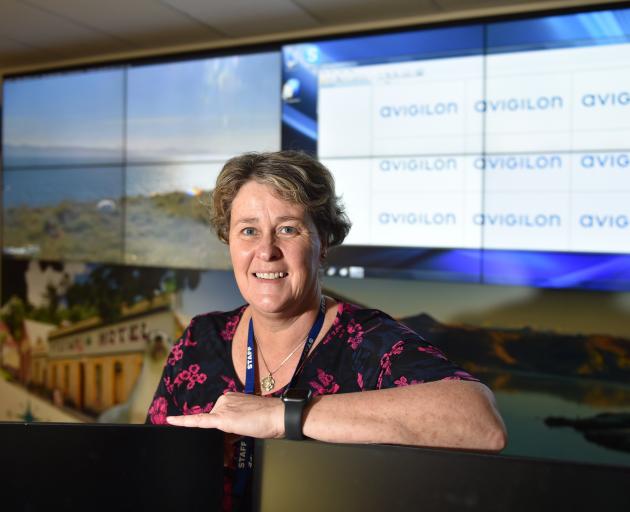 Southern CIB head Shona Low has had plenty to keep her busy in her first year in the job. PHOTO: GREGOR RICHARDSON
When it comes to policing in the South, Shona Low is a trailblazer.

The 56-year-old detective inspector took on the role of Southern Criminal Investigation Branch (CIB) head in an acting capacity almost two years ago, and she has officially had the job for just over a year.

Her appointment made her the first female head of the Southern CIB, and she is the only woman in the role in New Zealand.

"Privileged is a word that resonates with me, I feel privileged to have this job," she says.

"I’ve got lots of awesome people working for me. They do such a great job that it makes my life a lot easier."

Her introduction to the role has been busy, from a series of homicides in Southland to a recent major drug bust.

She was also involved in Operation Grad, the investigation into a bomb threat that derailed University of Otago graduations late last year.

And yesterday, just hours before being interviewed, John Kenneth Collins was sentenced for the murder of Brent Andrew Bacon in Dunedin in 2019.

That was the biggest homicide investigation she had been involved in.

Her day-to-day job involved a lot of screen time, and taking a strategic view of investigations.

She has a team of about 75 to manage across the lower half of the South Island. The CIB has a broad mandate, investigating major crimes such as homicides, as well as specialist areas such as child protection, adult sexual assault, and organised crime.

"I see my role as supporting in those major investigations."

She also sees part of her role as leading improvements to police culture.

July will mark her 30th year in the police, and she has seen many changes over that time in terms of diversity.

"In terms of reflecting our community, we’re getting much closer."

She has also seen changes in the criminal landscape in the South as gang numbers increased, particularly in Southland.

"At the end of the day, although meth is not such a big problem here, we don’t want it to become a bigger problem."

One unexpected side-effect of the Covid-19 border closures was that less methamphetamine was coming into the country, she said.

"With the borders opening a little bit, it will be interesting to see how that goes."

She has been involved in the CIB on and off throughout her career, which started as a frontline officer in Dunedin.

After about nine years, she moved into the CIB before moving to Wellington to work on organised crime.

In February 2008, she and her family returned to Dunedin where she worked in various roles before rejoining the CIB.