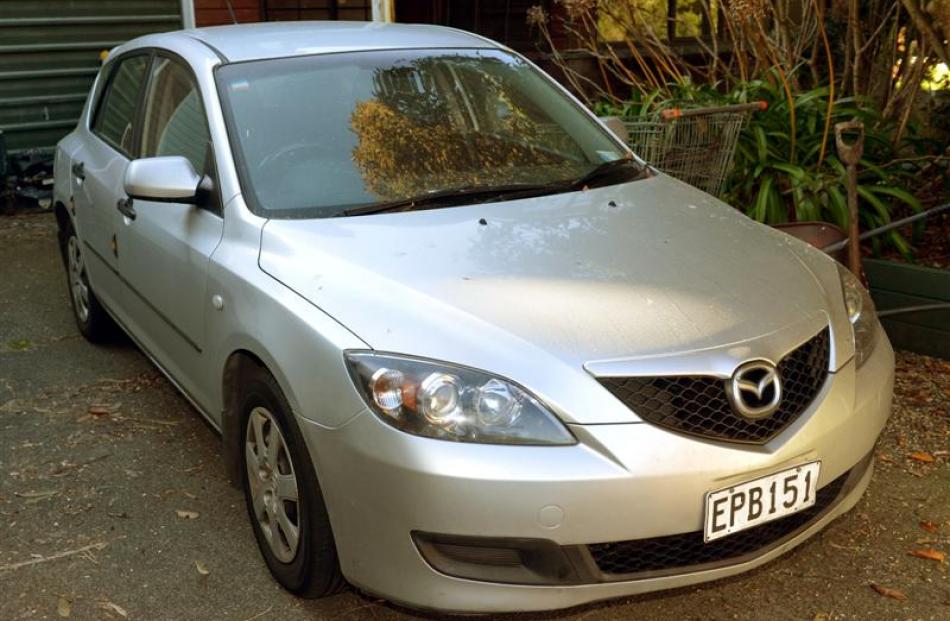 The Mazda 3 he bought. Photos by Stephen Jaquiery. 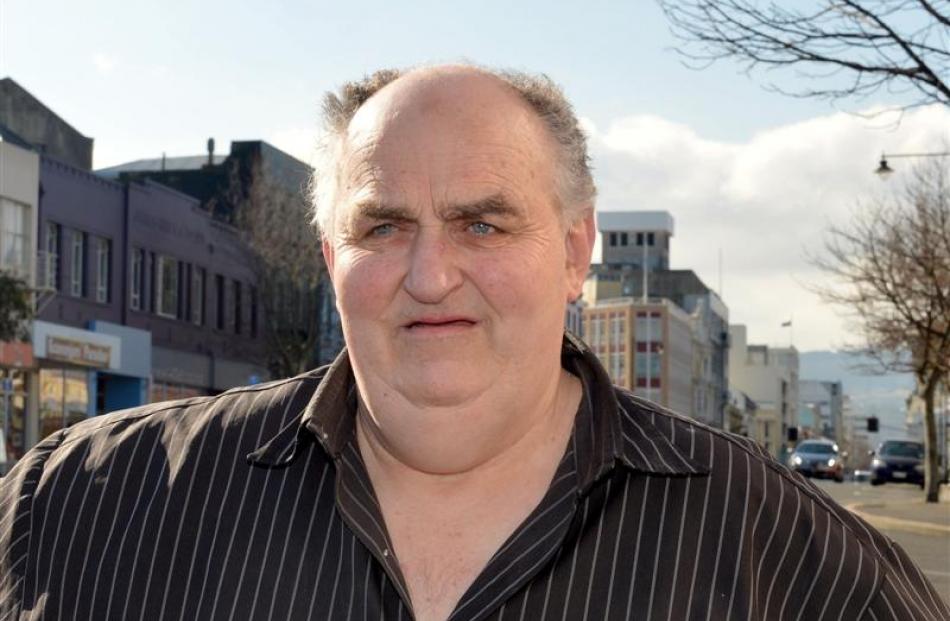 Carl Lapham says he has done nothing wrong in buying two of the Dunedin City Council's Citifleet vehicles.

The owner of Dunedin's Cupid Shop says he is being made to ''feel like a bloody criminal'' after outing himself as the buyer of two of the Dunedin City Council's Citifleet vehicles.

Carl Lapham told the Otago Daily Times he bought both cars through a middleman who was in contact with former Citifleet team leader Brent Bachop, but had done nothing wrong.

''I feel gutted ... I feel like a criminal, like I've been involved in something dodgy,'' he said.

''I'm annoyed that the DCC has lost money over the cars, but I'm not guilty of it.''

Mr Lapham insisted he did not know either was a Citifleet vehicle until after the purchases, and did not know who Mr Bachop was when he made out the cheque for the Ford Focus.

The Mazda 3 had been on-sold several times, and was ''sitting on the side of the road'' when Mr Lapham agreed to buy it, he said.

Mr Lapham said he contacted the council to advise it of his purchases after details of the alleged $1.5 million Citifleet fraud began to emerge.

He had since been contacted by Dunedin police, although not formally questioned, and heard suggestions the council was considering going after those who bought the Citifleet vehicles.

Mr Lapham said that left him feeling ''quite gutted'' as he insisted he had done nothing wrong.

''I'm not trying to say I'm a perfect, innocent person. I've overstepped the law a couple of times in my life. But I don't believe in this case that I've done a thing wrong.

''How could I receive stolen goods from the DCC when it's gone through somebody else's hands?''

Mr Lapham said he bought the Ford Focus for his son to use, after the middleman pointed it out as for sale at a Dunedin car yard.

He used Motor Trade Finances to pay for the vehicle, which was approved only after MTF checked the vehicle's records and gave them a ''clean bill of health'', Mr Lapham said.

He doubted the council or police would have ''a leg to stand on'' if they tried to reclaim his vehicles, and he would fight the move in court.

''What are they going to achieve? It would cost them damn near as much to chase the cars now.

''I think the people who bought one or two vehicles are innocent.''

Mr Lapham's comments came after details of an alleged $1.5 million fraud within the Citifleet department were revealed following a three-month investigation by Deloitte.

The investigation was launched days after Mr Bachop died suddenly on May 21, after being approached about discrepancies within his department.

Deloitte had since found evidence 152 council vehicles had been sold, and the proceeds pocketed, over more than a decade.

The council last week referred Deloitte's findings to police who, it was understood, met council staff yesterday to discuss their next steps.

It has also emerged multiple members of the same Dunedin family, a former city councillor and about 25 past and present council staff were among the buyers of Citifleet vehicles.