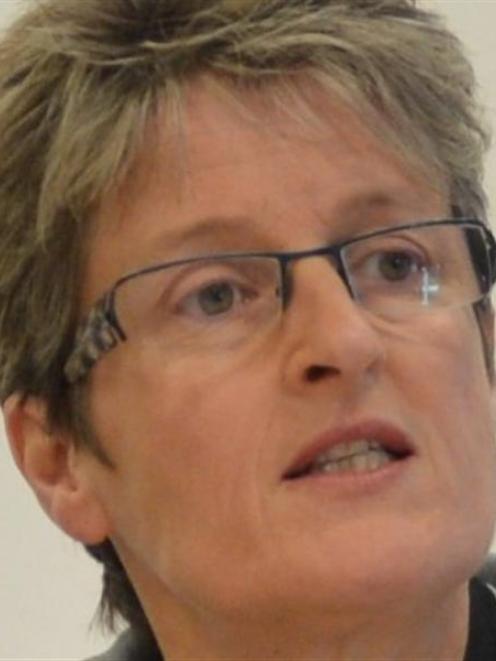 Sue Bidrose.
An inquiry into the disappearance of dozens of Dunedin City Council vehicles - and allegations of missing hundreds of thousands of dollars - is now a fraud investigation, council chief executive Dr Sue Bidrose has confirmed.

Dr Bidrose stopped short of implicating individual council staff, at least for now, saying yesterday the focus was on ''all aspects'' of the processes and practices within its Citifleet department.

She also confirmed other potential risks had been identified and council staff had been warned they would need to ''earn'' the public's trust again.

''Our reputation as an organisation of people who don't take home a single ratepayer dollar outside our wages is very precious.

''We're going to have to earn this back, as even [last week's] news has already dented it,'' she wrote in an update to staff.

The investigation by independent financial consultant Deloitte was launched after the sudden death of the council's Citipark and Citifleet team leader, Brent Bachop, on May 21.

Dr Bidrose last week confirmed the investigation was examining an apparent ''discrepancy'' in vehicle fleet numbers. The ODT was told up to 100 vehicles might have been sold, and the proceeds pocketed, over the last decade.

The list, used for insurance purposes, had previously been prepared within the Citifleet department, she said.

''It was that independent oversight that alerted us to the fact there were several different sets of figures.''

The approach was part of a wider review of council processes which began last year, she said.

So far, no other ''questionable'' practices had been identified, but some ''inconsistent'' processes had been, she said.

That included the way council contracts were handled and, in some cases, rolled over, which was being addressed by creating a new centralised contracts register, she said.

The register would inform other council staff when a contract was up for renewal, ''so it's not up to just an individual manager to roll them over'', she said.

''There's contracts that expire and then managers make a decision just to roll them over. Sometimes, they're quite small, but there's a variability in contracting processes that we want to be standardised,'' she said.

Asked if the old approach left room for untoward behaviour, she said: ''There's a risk.''