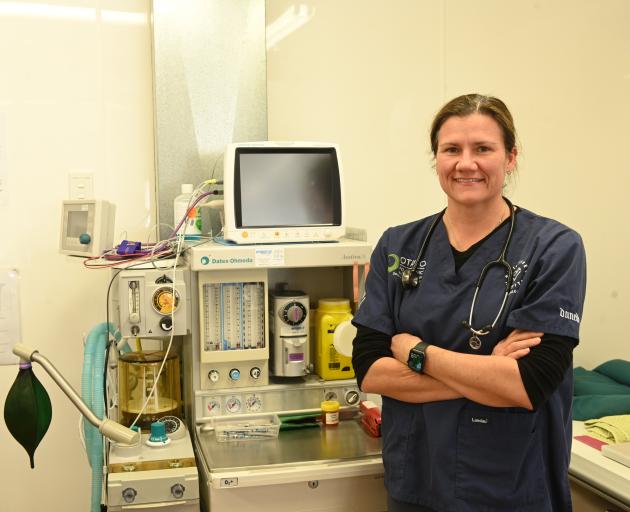 The Wildlife Hospital, Dunedin director and senior wildlife veterinarian Dr Lisa Argilla is delighted the Dunedin City Council is giving $75,000 for each of three years. PHOTO: LINDA ROBERTSON
More tui will be bandaged up and injured yellow-eyed penguins rehabilitated, after Dunedin city councillors decided the city’s wildlife hospital should get a $75,000 annual grant for three years.

The hospital had been at risk of losing its most senior and crucial employee, director Dr Lisa Argilla, but the funding is expected to save her position.

Wildlife Hospital Trust manager Jordana Whyte said hospital staff felt "huge relief" and gratitude after learning yesterday the trust was set to get most of the $97,000 it had asked for.

The Wildlife Hospital, Dunedin started at the Otago Polytechnic in 2018.

Corporate sponsorship dropped off and fundraising dried up during the Covid-19 pandemic. Miss Whyte said the grant would cover operating expenses, including helping to pay veterinarian salaries.

She believed councillors recognised how well the hospital’s work matched with the council’s vision for the city.

"It isn’t just about, you know, bandaging up tui. It’s about biodiversity goals, it’s about economic development, it’s about driving tourism, it’s about opportunities for community members to get involved in things that they care about," she said.

The funding news came as the hospital’s vet staff were anticipating another busy summer.

Among the 1500 native New Zealand animals admitted as patients, 467 yellow-eyed penguins and 51 kakapo had been treated by Dunedin staff in the past three years.

Cr Chris Staynes said the existence of the South Island’s only wildlife hospital allowed birds to be treated quickly, improving their chances of survival.

Mayor Aaron Hawkins and deputy mayor Christine Garey said the hospital and the council had a strong strategic alignment.

Cr Sophie Barker, who has worked on the ground with albatross chicks, voted against the funding and said this was a gut-wrenching decision.

Cr Carmen Houlahan had a strong incentive for supporting the grant.

"If I didn’t, my children would fry me," she said.