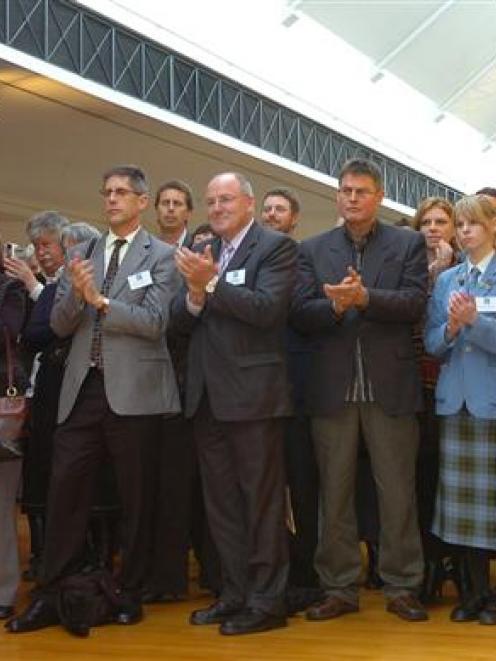 At a presentation in the Dunedin Public Art Gallery, Miss Clark congratulated 56 outstanding pupils from 29 secondary schools for making the most of opportunities and excelling in a variety of academic, cultural and sporting fields.

Miss Clark said she looked forward to the event every year and was always astonished at the pupils' level of dedication to the community and their achievements.

"I look at what they do, and I think my life's busy - how do they fit everything in?"They really are inspirational models for young people."

It could be academic, sporting, social, artistic, cultural or leadership qualities, or a combination, which saw a pupil nominated.

"It's a cliche, but it is true - they are our leaders of tomorrow," he said.

"To the young people being recognised here today, I would offer some simple advice: be humble about your achievements, but also be proud, and continue to aim for excellence."

Alec, a New Zealand secondary schools debating finalist, said although he "was done with speeches" for the year, he had learnt a thing or two about public speaking.

"But it's not every day you get to the meet the Prime Minister. It was a bit exciting actually," Aaron said.

Kings High School head boy Kai Daniel said it was "one of those days you remember for the rest of your life".

"It's a once-in-a-lifetime opportunity. It's not every day you're in the same room as the Prime Minister."

Kavanagh College pupil Nick Swindells was modest and unassuming about the experience.

"It's very exciting. I'm very humbled to be in the presence of such gifted students."