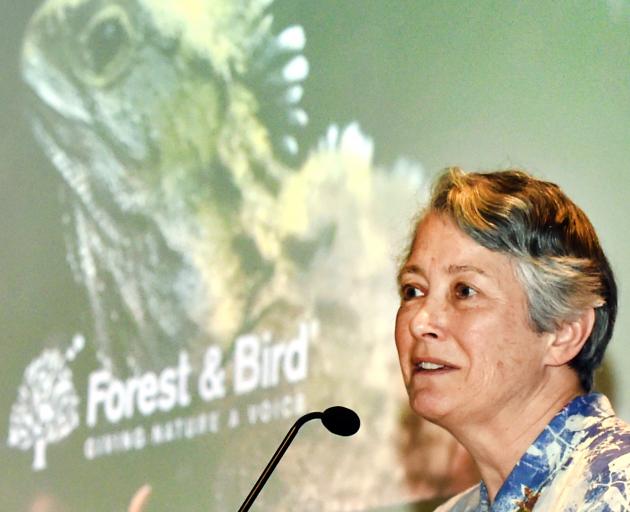 University of Otago zoology professor Alison Cree spoke about the potential fate of the region's lizards, at a climate change and polar research joint symposium in Dunedin yesterday.

Prof Cree said there were expected to be both negative and positive effects on Otago's 22 lizard species as the climate warmed.

Research focused on Macraes, which had the highest diversity of lizards in the region, and was ''highly important'' for the creatures.

As it was a relatively cold climate for lizards, warmer temperatures may be advantageous to pregnant females.

''Predictions are that we'll see a change to annual reproduction as the climate warms,'' Prof Cree said.

However, even in this area there were observed times when temperatures became much hotter than lizards, for example skinks, could deal with.

They would then be forced to seek shelter.

''If a lizard is forced into shade then a number of behaviours that are important to population survival are likely to be compromised.''

How predictions would play out were complicated and needed to be considered with heat radiation, cloud cover, wind and rain, she said.

Prof Cree was one of several speakers covering topics including the impacts of climate change on pacific islands, ocean temperatures and sea ice.

The conference was a joint symposium between the Otago Climate Change Network and the Polar Environment Research Theme.