Close to 1000 gather at Dunedin mosque 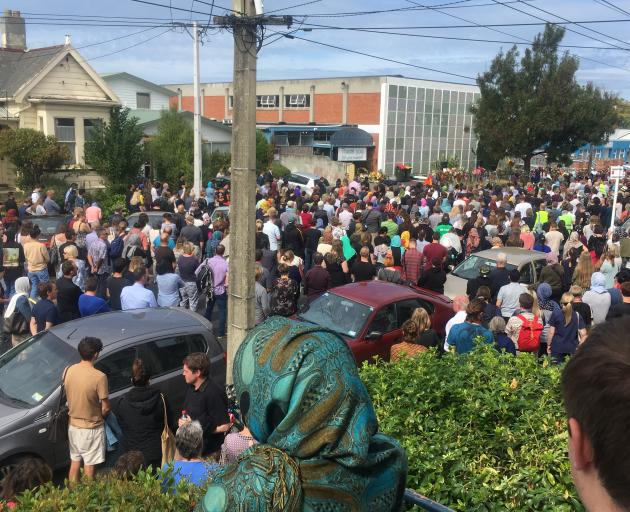 Dunedin's Muslims gathered at the mosque in Clyde St for Friday prayers today, exactly one week after the Christchurch mosque shootings, in which 50 people died, while others are gathered outside.

​Many of the women outside the mosque were wearing the hijab as a mark of support for the Muslim community.

There was a hushed and mournful atmosphere ahead of the karakia and a haka which started at 12.45pm at the mosque. 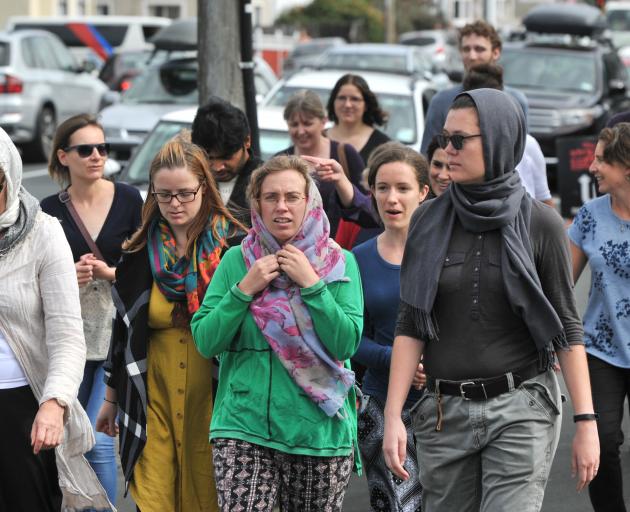 People head towards Al Huda Mosque ahead of a national call to prayer to mark those killed in the Christchurch terror attack. Photo: Christine O'Connor
About 10 armed police officers were present.

After the haka, those outside stood in silent while Muslims prayed inside, respecting the two-minute silence which started at Christchurch's Hagley Park at 1.32pm following a national call to prayer at 1.30pm. Speeches would follow after 2pm.

For safety reasons, only Muslims were allowed in the mosque for prayers, but the sermon was broadcast to those outside.

Otago Muslim Association chairman Dr Mohammed Rizwan said yesterday the community was grateful that people would support them while they prayed. For safety reasons he asked they did not come inside.

السلام عليكمPeace Be Upon YouYou Are Us pic.twitter.com/zkfjYB7Xy4— Pulse Energy Highlanders (@Highlanders) March 22, 2019

Speakers would be placed outside the mosque today so those not inside could take part in the prayer and listen to the sermon, Dr Rizwan said.

On advice from police, the mosque was open only for prayers at the moment, he said.

An open day would be held on March 31 where the mosque would be open to everyone, he said.

Armed police outside the Al Huda Mosque in Clyde St this morning. Photo: Stephen Jaquiery
"That will be a day for people to come inside the mosque, have a look around and mingle with the rest of the community."

Some people were still too scared to send their children to school but the support shown since last Friday had helped ease some of the fear.

"The community are definitely starting to come out again but there is still some fear among the community and people are still scared to send their kids to school which is understandable," he said.