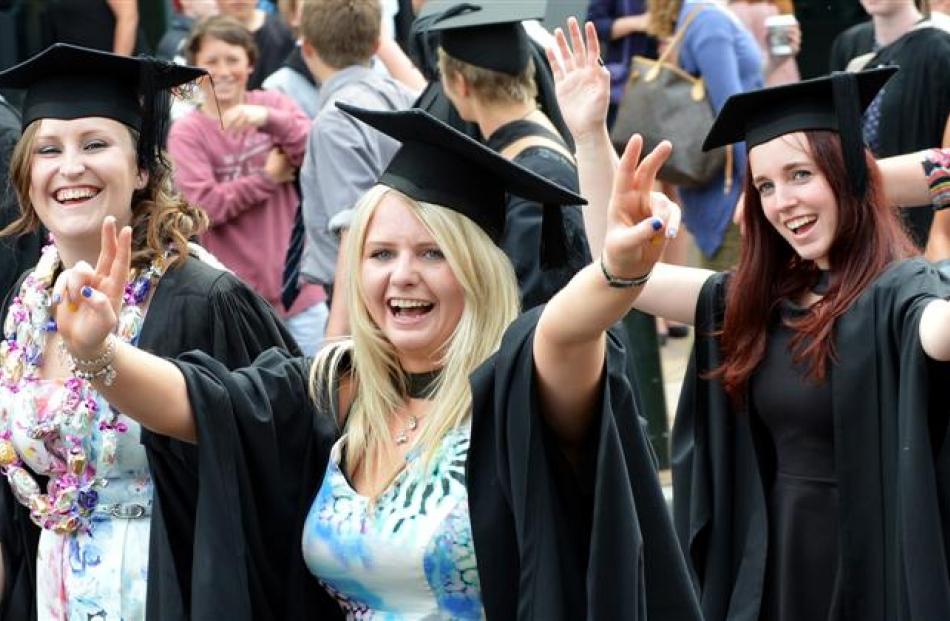 University of Otago graduands (from left) Kyra Dawson (23), Livi Geddes (22) and Chauntelle Marr (20) enjoy walking in a procession along George St, Dunedin, yesterday before their graduation ceremony at the Dunedin Town Hall. Photos by Peter McIntosh. 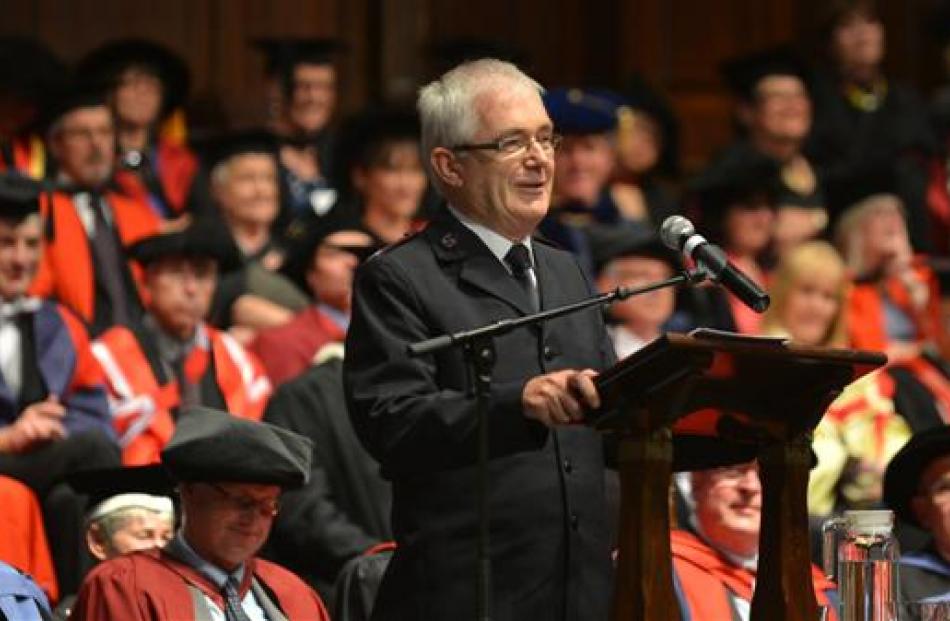 People should not tolerate ''the sort of society that keeps people poor'', Major Campbell Roberts, of the Salvation Army, told University of Otago graduates yesterday.

A former Dunedin resident, Maj Roberts is the founder and director of the Salvation Army's social policy research and parliamentary affairs unit, in Wellington.

He was commenting during an address to about 320 graduates in a wide range of humanities and arts disciplines, at the latest Otago University graduation ceremony, at the Dunedin Town Hall.

''One of the biggest challenges we face in society is to care,'' he said.

Mother Theresa had once said that ''loneliness and the feeling of being unwanted is the most terrible poverty''.

To change the damage caused by inequality, what was needed was ''people who refuse to tolerate the sort of society which keeps people poor'', he said.

He gave an example of two children growing up only 2km apart, one whose family could afford for the children to sleep one to a room, attend a well-resourced school and take overseas trips.

Fifteen people were sharing the other child's house, and he was sharing his room with sick children, in damp, freezing conditions.

Otago University had a great tradition of producing graduates who had contributed to a better New Zealand, he said.

''Reducing the divide between rich and poor is a vital task requiring people with the sort of skills and attitudes, enriched and developed in this university.''

He challenged graduates to help ''close the inequality gap in New Zealand and globally and create meaningful and lasting change wherever you go.''

''It's probably no coincidence that poverty in New Zealand and globally is greatest among colonised indigenous people who have lost knowledge and access to their spiritual roots, traditional values and knowledge systems.''

Spiritual poverty also afflicted the ''non-poor'' as well as the poor, and ultimately ''diminishes all of our lives''.

By this, he meant ''the absence of a spiritual life or a spiritual dimension to your life'', which provided a ''connection to the past and the future and to the world and people around you''.

In the non-poor, consumption and materialism often covered up spiritual poverty.

''The non-poor separate themselves from the poor by living in different neighbourhoods and suburbs and their children go to different schools.''

This separation could be a convenient way of isolating themselves from ''the sight and nasty effects of poverty''.

But this also robbed them of a ''deeper understanding of their own humanity'' and knowing what it meant to connect with ''people who are uniquely different from themselves''.