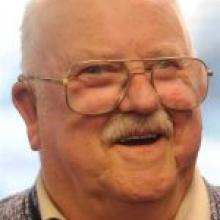 Syd Adie
The Dunedin Ratepayers and Householders Association has issued a call to arms, urging people to "wake up", and join the organisation "before it is too late".

Responding to recent news about a possible change in direction for Stop the Stadium, former chairman Syd Adie called for people concerned about the city's direction to take in a wider range of issues, and to blame a wider group of organisations than just the Dunedin City Council for the Forsyth Barr Stadium.

The former chairman said yesterday Stop the Stadium should have joined with his association to stop the project.

"If all the 1500 members had joined the Dunedin Ratepayers and Householders Association in 2004 when we had our 6500-signature petition calling for a referendum, then the stadium may not have been built using ratepayers' money."

The ratepayers association was planning a November 23 meeting to set its direction for the next 20 years.

Mr Adie said it was no use just blaming councillors for the stadium.

"You have to blame the [New Zealand and Otago] rugby union and the Government for the pressure that went on the Dunedin city and Otago regional councillors."

Many issues were still to come in Dunedin, including making sure the council was held accountable and stuck to the guaranteed maximum price for the stadium, making sure water and waste management stayed in ratepayer hands, and the city got the very best secondary treatment plant at Tahuna.

Asked yesterday if he would consider merging with Stop the Stadium under new president Dave Witherow, Mr Adie said the association was more for lower-paid workers and householders than the "academics" of Stop the Stadium.

It had also never been a single issue organisation.

He said he was entering the debate now to remind people the association "ain't gone away".