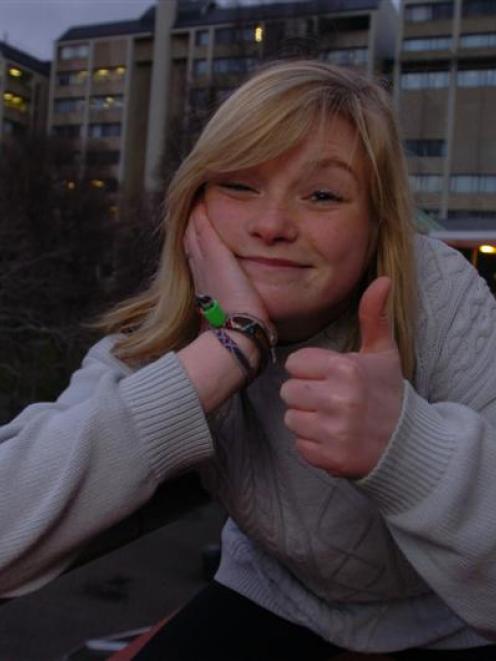 In her full-time role, the 19-year-old will lead an organisation with a turnover of more than $2 million and business interests including property and a book shop.

Although she is a novice to the OUSA, the second-year commerce student said yesterday she was "ready 100%" for the job.

"Lots of people will think 'she's young', but it's not an issue. I will step up."

Miss Moore, who moved to Dunedin at the start of last year to attend Otago, said she had some experience of politics.

She was on the Wanganui Youth Leadership Council and her stepmother, Dot McKinnon, is Wanganui's deputy mayor.

It was Miss Moore's second bid for the presidency.

One of her main platforms is to investigate the university moving to a four-day week, with no lectures on Fridays and departments closed to students.

Some departments, including commerce, already operated that way, although buildings were open to students, she said.

Not being required on campus on Fridays would enable students to study or take part-time jobs, would save on campus consumables and cleaning costs and would lower carbon emissions and be better for the environment.

Pro-marijuana campaigner Abe Gray, who was standing for positions as a general executive member and welfare representative, polled well but missed out on both roles.

He said his overt protests against marijuana laws, which have included smoking cannabis on campus, had polarised students, but did not think the election result had been "a vote against me, per se".

"People are finally expressing their opinion . . . There is a lot of support for cannabis law reform, but some people don't agree with the 4.20 smoke up [protest]."

Despite the campus being saturated with information about the elections and students being approached and encouraged individually to vote, only 14% of students - around 2800 - voted.