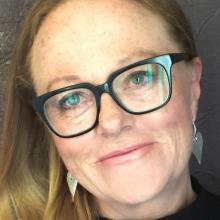 Jeanine Benson
A commuter rail trial in Dunedin has come to a halt, after Dunedin city councillors yesterday voted against funding a feasibility study this year.

At the council’s annual plan deliberations, councillors agreed the timeframe to complete a feasibility study and trial for rail between Mosgiel and Dunedin would not be completed before freight trains began their peak season and required the line come September.

The study, costing $75,000 and using Dunedin Railways assets, was estimated to take six to eight weeks.

The council’s transport general manager Jeanine Benson said it would be ‘‘extremely complicated’’ to fit a report and potential trial in before September.

The peak season for freight movements was from September to June.

Cr Jim O’Malley asked whether the council would be able to complete a report and a six-week trial within June, July and August, to which Ms Benson replied ‘‘no’’.

Cr O’Malley, who last year ran for mayor, citing a commuter train service between Mosgiel and central Dunedin as one of his priorities, said he did not want to vote for halting the study, but said the council had ‘‘run out of time’’.

‘‘I would have liked to have tried this.

‘‘If we started a month ago we might have been able to fit it in but it’s just too tight now.’’

Ms Benson said the Rail and Maritime Transport Union’s proposal for a $250,000 trial was ‘‘robust’’ and most councillors echoed a better-funded trial in future would be more feasible.

Cr Lee Vandervis said the concept of commuter rail was not feasible in a city the size of Dunedin.

‘‘People would not park in Mosgiel and wait 30 minutes for a train when they could zoom over.

Cr Carmen Houlahan said commuter rail was ‘‘something worth fighting for’’.

Cr O’Malley said he did not want to see the end of the concept of commuter rail, but a trial was now 12 to 18 months away.

The Otago Regional Council needed to have a role in future plans for commuter rail, he said.

Council chief executive Sue Bidrose said Connecting Dunedin — a partnership between the NZ Transport Agency, Dunedin City Council and Otago Regional Council — would be utilised if it were to go ahead.

All councillors voted against funding the feasibility study.

Honestly ... can nobody get a train, even if it's the Taieri Gorge one, stick an ad in the best newspaper in NZ ... obviously the ODT ... put an ad on the radio, and tell people that during the month of July, there will be a train leaving Mosgiel at 6.30am, arriving at the Dunedin station at 7am, leave Duedin for Mosgiel at 7.30am same at 8 & 8.30am ... restarting at 4pm to 6pm ... and maybe just do one run at luchtime for the shoppers.

From there, it should be easy enough to determine whether the service would be economically viable and I can't see how, the council’s transport general manager Jeanine Benson can say it would be ‘‘extremely complicated’’ ... it's only ‘‘extremely complicated’’ to the DCC and their overpaid consultants ... and possibly one very greedy Australian based parking business who may lose out on extorting money from those people who are 30 seconds over their parking time-limit.

I'ts not rocket science ... we have the trains, tracks and potential passengers ... all we need is ONE person in the DCC who has some practicle skils and the ability do more than choose the colour of paint for big bright spots on the main street !

Very short sighted of the council. Just make it happen.