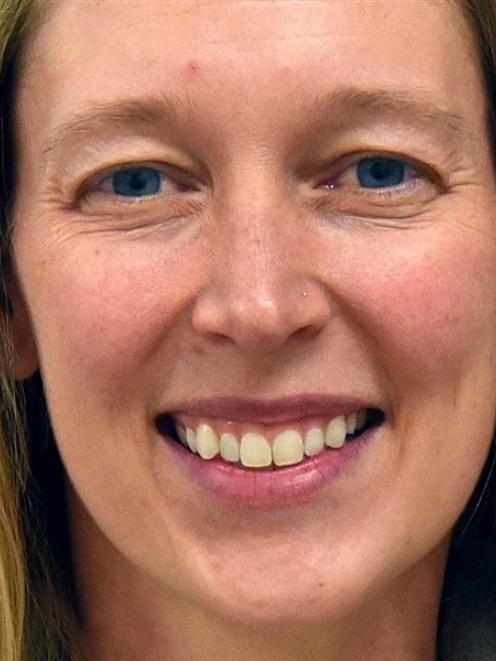 Christina Riesselman.
A University of Otago scientist, who took a ''complicated path'' to Dunedin, won a $25,000 grant for women in science at a ceremony in Sydney last night.

Dr Christina Riesselman has been awarded the inaugural L'Oreal-Unesco For Women in Science New Zealand Fellowship, created to promote women's participation in science academia and research.

The geology and marine sciences lecturer said she felt ''incredibly privileged'' to receive the grant and planned to use it to pay a research assistant.

Dr Riesselman studies climate change, and how climates millions of years ago responded to changes in global temperatures. Much of that involves studying the climate of the Antarctic, she says.

She said she was ''meant to be in New Zealand''.

Dr Riesselman moved to Dunedin permanently from the United States two years ago after being offered a job at the university.

Her husband, also a geologist, began work at Otago several years earlier, in 2010.

Dr Riesselman thought about moving with her husband then; Otago had offered her work, too.

''And so we made a hard decision that I would stay in the States, and keep doing the best that I could over there ... and that we would keep our eyes open.''

Eventually, she was offered her current position, which she said was a dream job.

Dr Riesselman knew of other women who were in a similar predicament - partners of male scientists and having to make the choice between their career and being with their partner.

''There are just not a million jobs floating around for PhD scientists,'' she said.

Dr Riesselman said the Women in Science fellowship was important because there was a gender imbalance at the high levels of academia.

''Between my two departments, there are no full professors who are women. And part of that is working up the ranks, and maybe we can be optimistic and say that some of these people will trickle up.''