Computer games - the other side 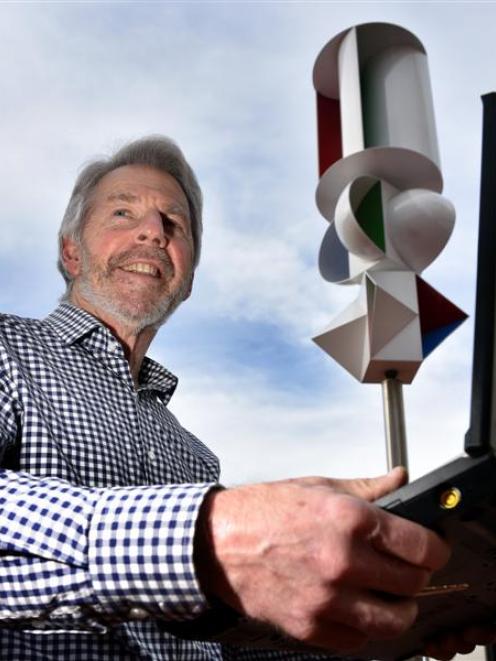 Dunedin teachers and youth will be the first in the country to try a new ''build your own computer game'' course, Dunedin Public Libraries customer experience manager Mike Collett says. Photo by Peter McIntosh.
Dunedin youth will have the chance to spend the upcoming school holidays making computer games instead of just playing them.

Four free workshops - three for young people and one for teachers - will be held at the Dunedin City Library from Tuesday, September 29, to Friday, October 2.

The workshops will be the first stop on a nationwide roadshow around eight New Zealand centres from September to February next year.

Called ''Unlocking Curious Minds: Code Red'', the roadshow, funded by the Ministry of Business, Innovation and Employment, will use online game development as a tool to develop digital literacy and skills.

It will be run by New Zealand company GameLab using its ''Game Coding by Gamefroot'' programme.

Dunedin Public Libraries customer experience manager Mike Collett said online games were the perfect tool to inspire children's curiosity and ''help them see the makings of technology for themselves''.

Coding was one of ''the must-have skills for the 21st century'', opening the door to ''more complex technologies and an understanding of the huge range of opportunities out there''.

Participants would learn the basics of coding, design and strategic thinking.

Participants in the teachers' workshop would be shown how to run workshops so more could be held locally.

''We're really keen to create novel learning experiences outside the formal school environment that are of interest to young people and let them have some fun with technology at the same time.''

Two of the workshops would be for those aged 10 to 14 and one for 15 to 18 year olds. About 25 spaces would be available for each workshop.

On October 2, an evening community event would be held at the library where participants' games would be on show and certificates handed out.

In its only other Otago stop, the roadshow will be in Queenstown in the second week of December.