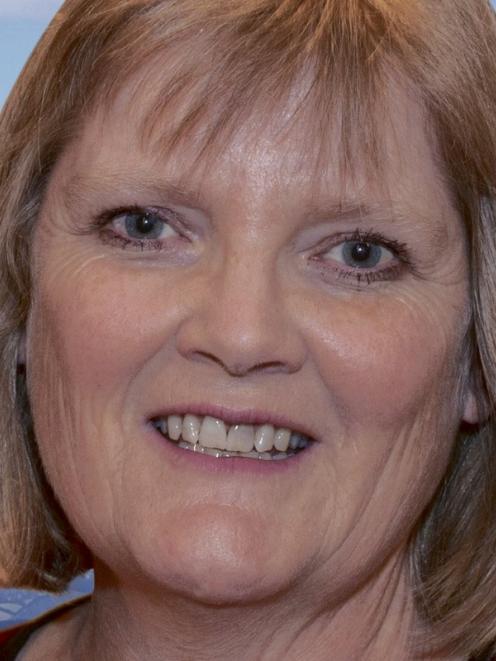 Irene Mosley.
The fate of Mosgiel's proposed aquatic facility could hang in the balance amid concerns a budget blowout could push the project's cost up to $20million.

Dunedin City Council staff, in a report to be considered at Monday's council meeting, have outlined concerns the project's key goals are ''unrealistic''.

But the trust promoting the project has hit back, arguing it needed to take a more direct role or the project will ''fail''.

The council report, by council parks and recreation planning manager Jendi Paterson, outlined fears the capital cost of the new facility would rise beyond $14.4million, to between $18million and $20million.

Community fundraising goals appeared unrealistic and might be unable to deliver half the total cost, as required.

The concerns were contained in a peer review of the trust's preferred four-pool option, prepared for the council by Sport New Zealand.

As a result, Ms Paterson recommended councillors endorse a smaller, two-pool option to progress into a detailed design phase.

The recommendation prompted Taieri Communities Facility Trust chairwoman Irene Mosley to suggest yesterday the decision appeared to have already been made.

''Council staff seem to feel it's their mandate to make this happen on their own ...

''I would like to think I'm wrong, but this report that has been issued yesterday gives the impression that it [the decision] has [been made].''

That was despite the community having already indicated its support for a four-pool option, as had the trust, including a dedicated hydrotherapy pool which would be lost under the two-pool option, she said.

Even the steering group set up by the council to progress the project - comprising council, trust and community representatives - had voted in a split decision to recommend the four-pool option to the council.

''If council on Monday go against that, they're going against the community,'' Mrs Mosley said.

''We have used experts in their field. We have followed a robust process ... and we've put all the options on the table for the councillors to make a decision.''

Ms Paterson, in her report, said the steering group had agreed on a preferred site, next to the existing Mosgiel pool, as the best location to build the new facility.

However, there was ''a fundamental difference'' between council staff and trust members over the ability to deliver a ''high quality'' four-pool facility for $14.4 million.

The trust insisted it could be done, while the advice to council staff, from Sport New Zealand and a quantity surveyor, was it could lift the bill by as much as $6million, to $20million.

The steering group had been unable to reach consensus, resulting in chairwoman Cr Jinty MacTavish and Cr Kate Wilson voting, unsuccessfully, against recommending the four-pool option.

Sport New Zealand's review of the four-pool option suggested the pool's catchment might be ''overstated''.

''The size, scale and complexity of the proposed aquatic centre seems to address the wants, rather than the needs, of the community,'' it concluded.

Mrs Mosley rejected that, saying the review's author ''has never spoken to me'', and was ''not a fundraiser''.

''We paid $13,000 for a full fundraising report that says we can [do it], and I've had more experience than most in Otago about capital fundraising. We believe we can do it,'' she said.